Rich Tax: Not A Fair Proposition In The Long Term 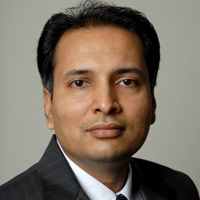 08 November, 2014
Print this article Font size -16+
Recently it was widely reported in media that the government was considering levying an additional tax on the ‘super-rich’. Finance Minister P Chidambaram in an interview in Singapore said "the tax rates that were announced in 1997 have remained and have survived four governments and four finance ministers. I believe in stable tax rates. However, I must concede that there is an argument, that when the economy requires, government requires more resources, the very rich willingly should pay a little more".

"That is not to say that tax rate should not be stable. I think we should have stability in tax rates but we should consider the argument that very rich should be asked to a pay a little more on some occasions but that is not the view I am expressing. That is simply the argument I have heard and I am repeating."

The overall collections on account of such a levy would depend upon the threshold limit as well as the tax rate which will be set to tax the super rich. There is no indication as to what will be the definition of ‘super-rich’ in the Finance Bill. Will the government say that a tax payer earning more than Rs 25 lakh annually will be regarded as ‘super-rich’ and will be subject to additional income tax in the form of an extra surcharge of say 10 per cent? One would need to wait and watch to see what monetary threshold limit is set by the government to define the term ‘super-rich’ for levy of any additional income tax. In case such a tax is indeed in the offing, one would expect that in setting the threshold limit, the government will duly take into account general inflation and reduction in the purchasing power of money.

The FM may take a cue from the foreign jurisdictions that levy higher taxes for the super-rich. For example, the French government has introduced a temporary 75 per cent super-tax rate for income over one million euros and a new 45 per cent band for income over 150,000 euros, the US taxes incomes exceeding $4,00,000 at about 40 per cent and the UK taxes income exceeding £150,000 at 50 per cent.

While taxpayers earning annual income higher than the prescribed thresholds may be able to contribute some additional tax, it would need to be considered whether this would be a fair proposition in the long term. Such a change in tax regime may impact confidence of foreign investors who look for stability in the tax structure of an economy.

Why One Shouldn't Make The Super Rich Pay More tax

Taxing ‘super-rich’ is not an easy solution to a tricky problem. First of all, it is unrealistic to expect any tax payer to part with a major portion of earnings towards taxation.

Thirdly, a high income tax rate may lead to an exodus of the foreign investors as well as the wealthy nationals to other lower tax jurisdictions. Thus there may be a shift of much needed resources as well as talent out of the country which will not be in the interest of the country in the long run

Thus, taxing ‘super-rich’ may actually be counter- productive and  could compound the problems of the government.

How Else Can The Government Raise More Tax
Taxing the super rich is a double-edged sword which could work both ways. Given the fact that this is the last budget of the present government, it is unlikely that the FM will introduce a very drastic change in the tax regime.

In any case, according to the Finance Ministry data for 2011-12, there are less than five million tax payers who report taxable income of over Rs 20 lakh annually and thus the incremental revenues from such a levy might not justify the time and efforts in administering such a change in tax regime. One will need to wait and see whether such high tax is introduced by the FM and the shape in which such tax is levied.

Till then, let's wait for the budget.