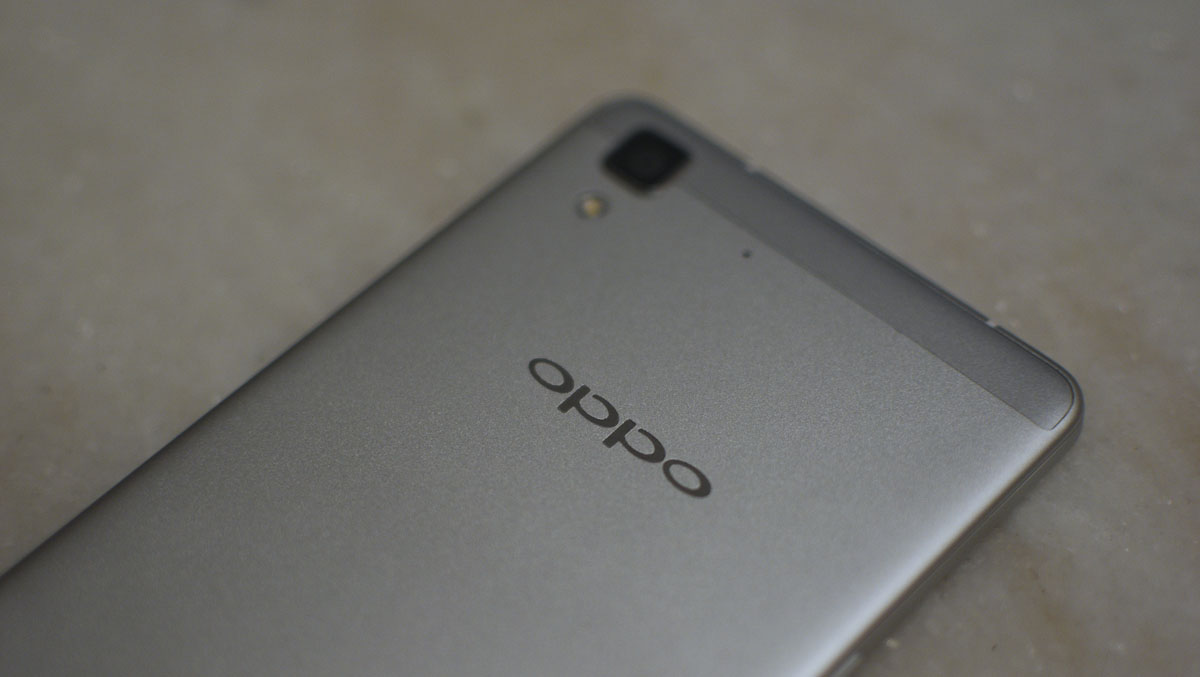 Oppo has always had some interesting as well as some great looking smartphones in its portfolio but the company has struggled to sell most of them due to the higher pricing. However the recently announced the R7 Lite is an attempt by the company to offer a premium design in the mid-range segment. The handset has a sleek metal design along with a curved glass over the display giving it a great feel.

The most attractive feature is its design, probably the best in its segment. It comes with a metal uni-body chassis at the back which gives the handset sturdiness and also offers a good grip. On the front, the display uses a 2.5D glass panel which is curved at the edges. This makes using the touchscreen a bit more natural to use. The hardware lock and volume keys are also solid and offer a good click feedback. 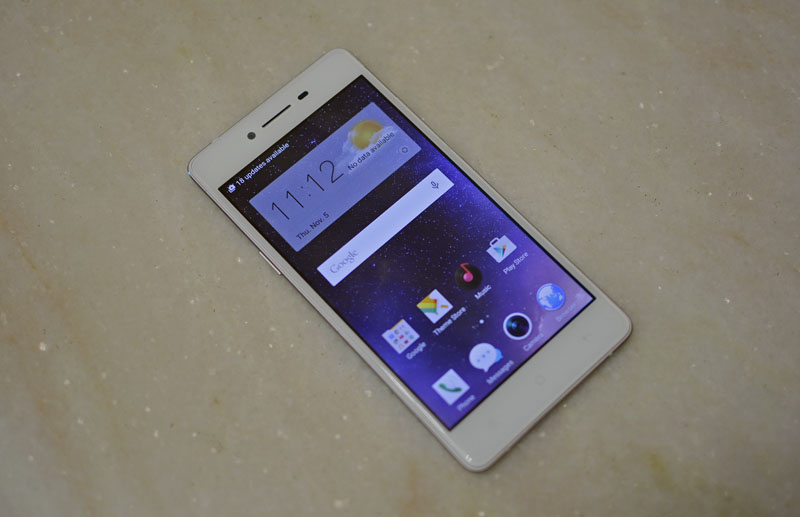 In the software department, it runs on Android 5.1.1 Lollipop operating system along with Oppo’s Color OS layer on top. It is surprisingly lighter and much more responsive than its previous versions. Oppo has also tried its best to keep less pre-installed apps. The OS also offers some customization options where you can change the themes, home page, scrolling style, widgets and so on. Overall it runs smooth and didn’t show signs of struggling with apps. Since the smartphone is powered by Snapdragon 615 octa-core processor, it manages to handle 3D games pretty well and didn’t skip a beat while playing a full HD movie. Slim smartphones with a uni-body design usually don’t end up having a good battery life and also heat up a lot but that was not the case. There is a 2,320mAh battery on the inside which churns out about a day of backup on regular usage. 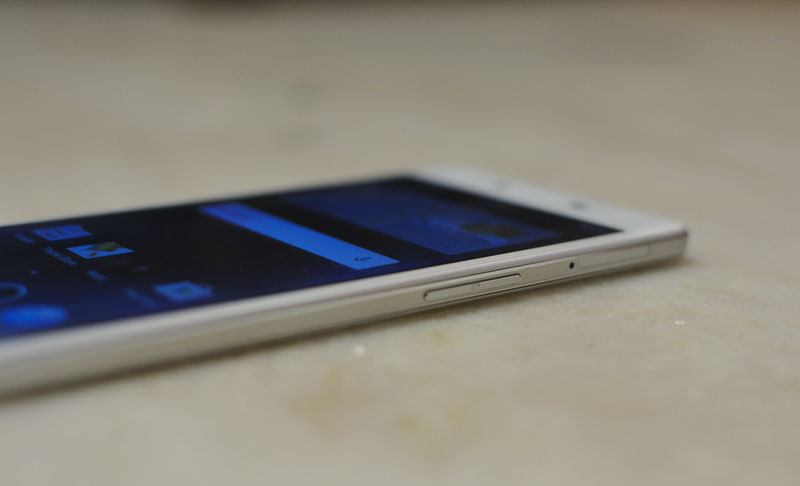 Extensive usage doesn’t show heavy signs of heating but there is the occasional warming up. It also leaves you at half a day of battery backup, which has become a standard with smartphones today.Though the display size feels perfect at 5-inches, Oppo has used a 720p resolution which is not entirely bad, as it means less toll on the battery, but handsets priced lower than the R7 Lite offer a sharper and higher resolution 1080p full HD display. If you aren’t very finicky about screen resolutions, you will not be disappointed. It uses an AMOLED panel which offers a good amount of saturation and contrast, and also good viewing angles. 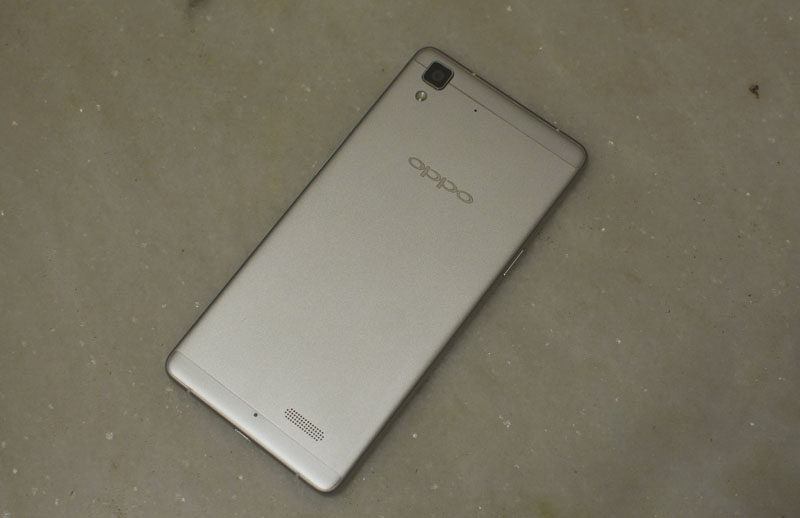 The 13MP rear camera comes with an LED flash which takes pretty average pictures and struggles a bit when shooting in low light and even indoors. In daylight, it can capture good shots and focuses fairly fast thanks to the phase detection auto-focus system. The camera app has been highly inspired from the iPhone and offers some fun features like slow shutter where you can go as low as 16 seconds of exposure time, HDR, a GIF or animation mode, panorama and some filters. The app also comes with Oppo’s Ultra HD camera mode which can shoot a 25MP picture, which sadly takes forever to process and doesn’t offer anything in terms of quality. Overall the camera is not very impressive if you are looking for a great snapper, but for occasional shooting it isn’t all that bad. 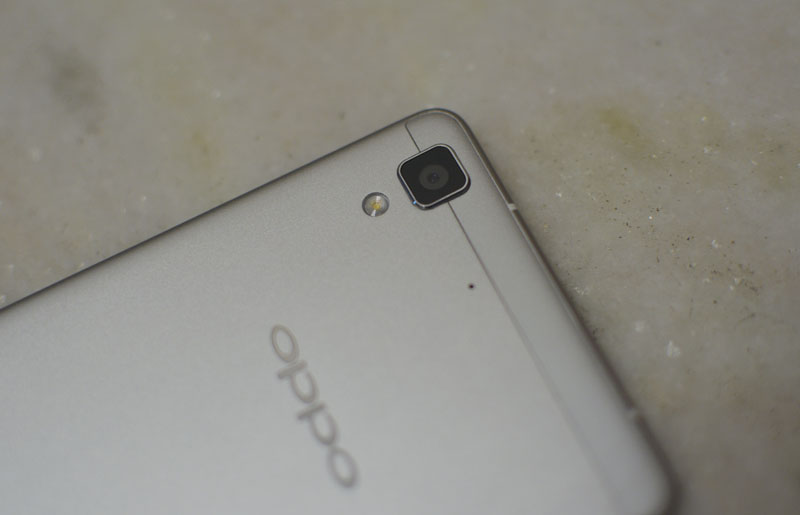 At its price it doesn’t sound like a bad deal, however it isn’t the best one either. You get a great looking design and a smooth software experience but there are a few compromises here and there. The R7 Lite is priced at Rs. 17,999 which puts it in a tough spot when compared to the likes of Moto X Play (Rs. 18,499) and the Xiaomi Mi 4 (Rs. 14,999). But if you care more about aesthetics than this is a good option. There is a larger version of the handset as well which comes with a fingerprint scanner called the R7 Plus priced close to Rs. 30,000, in case you want a bigger and better package.