The author is an Executive Coach and an Angel Investor. A keen political observer and commentator, he is also the founder Chairman of Guardian Pharmacies. He is the author of 6 best-selling books, The Brand Called You; Reboot. Reinvent. Rewire: Managing Retirement in the 21st Century; The Corner Office; An Eye for an Eye; The Buck Stops Here - Learnings of a #Startup Entrepreneur and The Buck Stops Here – My Journey from a Manager to an Entrepreneur.

It is my belief our new life ahead can be the adventure of a lifetime. It doesn't have to be a permanent rest. Ask yourself whether your negative beliefs about retirement are getting in the way of how you really want to live the "third half" of your life. 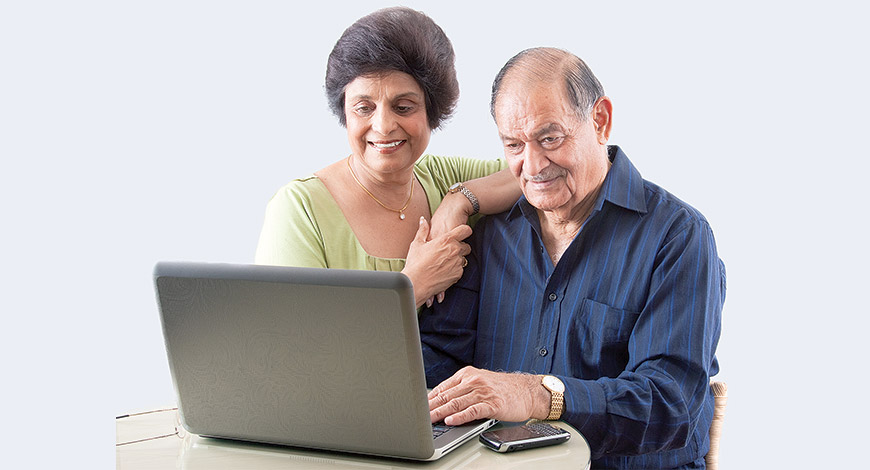 In a country which is the “youngest” country in the world, where over 700 million of us are under the age of 30, we have an increasing number of people who are growing old as well.

Just like the baby boomers in USA, India too has its post-independence children, born after 1947. The oldest of these children will be in their early to late-sixties in 2015 and a majority of these pre-independence kids may probably still be working but thinking of the impending retirement.

Looking back on the years gone by I am sometimes amazed at the resilience and persistence exhibited by us mere mortals in our lives. In our effort to make ends meet and prepare for our future we are often forced to endure thankless and sometimes abusive work environments for years on end. Stress becomes our new best friend as we attempt to pay never ending day to day bills while somehow also providing for big ticket expenses like education, clothes, cars and weddings. We are forced to delay the pursuit of our own interests and passions because there is either not enough time or not sufficient free money.

I spoke with many friends, both men and women over 60 who were either already retired or were just starting to think about it. What I found most shocking was the level of denial and postponement in thinking about the subject of retirement. While many people had been diligent about saving and investing, few had considered the psychological jolt that usually accompanies the end of an active working career.

“Yesterday’s 60 is today’s 40” said a close friend to me when we were discussing getting older.

“Age is only a number” said another

So working in our regular jobs as employees till we are between 60 and 65 is something we can normally expect to do as per ore terms of employment.

As we reach the age of superannuation or retirement, I see so many of friends becoming insecure and afraid of becoming irrelevant. When it is time to retire, we forget what we told ourselves. What has changed in the last three decades that we are afraid to slow down or pace of work or recognize that our minds and bodies are ageing?

Most of us would have achieved what one set out to at the start of one’s career or we would have accepted that what one has achieved is all that is possible in the career that we have chosen. We would have also seen the push coming from our younger colleagues in the work place to move aside to let the youth brigade move forward faster.

There is no point in agonizing over the past because there is nothing that we can do about it. I have always believed in looking ahead with a positive frame of mind.

Yet most people if they have led a relatively healthy life will, with modern medicine see our life expectancy increase significantly. Our parents would generally be well into their eighties and we could expect them to live in to their nineties. Given the right set of genes, there is no reason why we would not live to at least 90 years of age, maybe more if we have not abused our body too much.

Retirement is not the end of the world.

It is the beginning of a new and more fulfilling life without the stresses and strains, the pulls and pressures we had when we were young. We may have looked forward to retirement but a fulfilling retirement will not just happen. You have to plan for it and you have to plan by including the most important person in your life, your spouse. Unless both of you are in agreement with your plans, prepare for dissonance in both your lives.

Let's say there are two ends of the retirement spectrum - the optimist and the pessimist. You may be at any point of the spectrum.

A pessimist will say that an optimist is not realistic. Maybe that is the case. However, perhaps that slightly unrealistic view is what allows the optimist to meet the challenge head on and succeed.

How can you move along your place on the retirement spectrum to be on the positive side as you look to reinvent, reboot and rewire your life?

Examine your behaviour pattern. Be honest with yourself.

·When a challenge arises, step back and see it for what it is. Look for the opportunity within the challenge. Sometimes the opportunity is merely the experience gained from getting through it.

·Move into action to resolve the problem immediately. Make a plan and get started.

·Believe in yourself and your power.

Cast off society's belief about aging and retirement. Optimists may have greater success, health and happiness. Pessimists may experience a self-fulfilling prophecy of unhappiness and despair. You choose your spot on the spectrum from where you will make the start to rebooting your life.

In conclusion it is my belief our new life ahead can be the adventure of a lifetime. It doesn't have to be a permanent rest. Ask yourself whether your negative beliefs about retirement are getting in the way of how you really want to live the "third half" of your life.