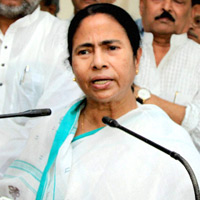 The party has decided to convene an urgent meeting on the issue on 18 September to "take a tough decision" after the Centre's decision to allow 51 per cent FDI in multi-brand retail and hike of Rs 5 in diesel price.

"A tough decision will be taken," he said.

He said the party was opposed to allowing FDI in multi-brand retail, a decision regarding which was taken by the Union Cabinet at a meeting in which he was not present.

"I came to know about the decision of the Cabinet to allow FDI in multi-brand retail... We are opposed to FDI and we will oppose," Roy said.

His party colleague and MP Kunal Ghose said, "Trinamool Congress is strongly opposing the cabinet decision to allow FDI in multi-brand retail. We are not in agreement with the decision.

He said "Trinamool Congress is registering its strong protest, but the Congress-led government at the Centre is taking anti-people policies."

Senior JD(S) leader Danish Ali said the National Executive of the party, which has three MPs in Lok Sabha, will meet soon to "review" the support given to the UPA government from outside.

BJP also attacked the government, saying the "hurried" decision had been taken under foreign pressure and it will affect the livelihood of five crore Indians involved in retail trade.