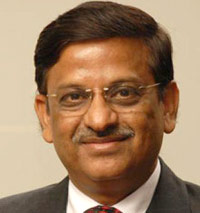 08 November, 2014
Print this article Font size -16+
Several multinational enterprises have set up Indian subsidiaries engaged in Research and Development (R&D) services. These captive service providers, also called R&D Centres or Indian Development Centres (IDC), are set up to take advantage of the talent pool and cost advantage of India. These centres can be put under three categories — entrepreneurial, those based on cost-sharing arrangements, and contract R&D service providers. The centres of the first and second category carry out significant functions and assume significant risks, while the functions and risks associated with the third type are minimal.

The disputes between taxpayers and tax authorities have been on two accounts – characterisation of the IDCs and resulting compensation structure. In most cases, taxpayers claim the centres to be of the third category, having minimal functions and risks, while tax authorities take the position that the centres have greater functions and risks leading to creation of intangibles. Thus far in India, dispute had been around the quantum of mark-ups. However, this landscape was sought to be changed dramatically with the issue of two circulars (both issued on 26th March 2013) by the Central Board of Direct Taxes (CBDT). Circular 3 provides five conditions which an IDC must fulfil cumulatively to qualify as a low-risk service provider that is entitled to a cost plus treatment. Circular 2 provides for the consequences that follow if an entity fails one or more of the five conditions provided in Circular 3.  Among the five conditions mentioned in Circular 3, three refer to “economically significant” functions, assets and risks that should not be performed, used or borne by the Indian entity to qualify as a limited risk R&D service provider.

These circulars sought to introduce a new approach which ran contrary to conventional transfer pricing principles. Under this approach, it was presumed that major risks cannot be managed by the principal and the routine functions performed by the R&D centre resulted in assumption of significant risks and creation of intangible assets. Accordingly, if the Indian captive service entity performs entire range of R&D functions without any significant assistance from the foreign principal, it is considered to be the economic owner of the intangible and is entitled to receive a portion of the non-routine returns derived from the intangibles developed by the IDC.Mere funding of the R&D by the foreign principal does not entitle the funding entity to the entire residual profits.

Apparently, Indian tax authorities drew support from the recently released United Nations Manual on Transfer Pricing and the Organisation of Economic Cooperation and Development (OECD) discussion draft on intangibles which seem to bless the approach of economic ownership of intangibles by the party which creates them without any outside supervision or control. Unfortunately, the extent of supervision and control is rarely black or white, and we expect persistent debate on the level of independence that tips over an entity from being characterised as a service provider to being an intangible owner.

Furthermore, if an entity is characterised as an intangible owner, questions around the value of platform intellectual property and the appropriate return on investment for the investing entity will cause further debate. Obviously, in the absence of clear guidance as to what would amount to “economically insignificant”, the conditions were fraught with uncertainty. The most onerous consequence provided in Circular 2 that arises on account of being treated as a risk bearing R&D centre is the application of profit split method and rejection of the cost plus mechanism under Transaction Net Margin Method. It further mandated that in situations where PSM cannot be applied and cost plus structures have to be perforce accepted with suitable upward adjustments to the mark-up to account for transfer of intangibles and location specific advantages.

It is quite clear that the positions taken in the two circulars were highly contentious. Apart from the challenge of determining the relative contribution of the Indian entity, the process of quantification of profits arising from India-specific intangibles can be quite a difficult task.

Appreciating objections from all around, on 29th June 2013 the CBDT issued Circular No. 05 /2013 withdrawingCircular No. 2 observing that the said circular appeared to give the impression that PSM was the preferred method. On the same date CBDTissued Circular 6 amendingCircular No.03.An important feature of the revised circular is that the conditions mentioned are to be evaluated independently and not to be applied cumulatively for determining whether the development centre is a contract centre or not. Further, the conditions have been made more reasonable along with explanation of “economically significant” functions.