Sutanu Guru argues how the late Aditya Birla was a true pioneer of globalization Twenty years ago on this day, the then 28 year old Kumar Manglam Birla confronted both tragedy and challenge. His father Aditya Birla passed away at a very early age of 52 in the United States after a brief and valiant fight with cancer. 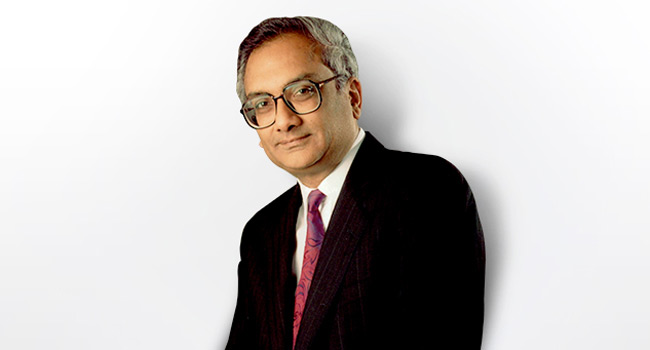 On his shoulders fell the enormous responsibility of managing a sprawling industrial conglomerate that was struggling to cope with forces of global competition unleashed in India. Remember, this was 1995; Dr Manmohan Singh had presented his fifth and last Budget as Union Finance Minister and India Inc. was scared of the future. But not Aditya Birla. The author still remembers an exclusive interview with the late Mr Birla in April 1992 when the later had exuded optimism and confidence about the future of India Inc. Aditya Birla could be outspoken; and he had dismissed the fears expressed by many Indian tycoons about global competition as fear mongering. In his opinion, Indian entrepreneurs were very well equipped to handle, and even beat global competition. According to Aditya Birla in 1992, it would be Indian companies that would conquer overseas markets in the future. How prophetic he turned out to be. Within years of his untimely death, Indian companies had actually started acquiring corporate assets in overseas markets. By the time the 21st century trundled along, India Inc. had emerged as a truly formidable global presence. Aditya Birla was a truly unique "tycoon" of his generation. The grandson of the legendary G.D. Birla had entered the family business way back in 1967. In the years immediately after that, Prime Minister Indira Gandhi transformed India into a hard socialist where it was considered to be a deadly sin to be a businessman and to be rich. Every possible control that could be imposed on the private sector was imposed. In this stifling era, Indian industrialists had no choice but to come to "Delhi" with folded hands (and often with suitcases stashed with cash) to seek myriad licenses and permission. Foreign exchange laws were made so stringent that you could be sent to prison for taking more than $ 500 for an overseas trip. It is this stifling era that Aditya Birla took his group global. Deprived of opportunities to expand and grow at home, Aditya Birla initiated steps that led to opening of manufacturing facilities and business operations in countries like Philippines, Thailand, Indonesia and Egypt. It was virtually unheard of for an Indian industrialist to launch factories and new businesses in overseas destinations. In that sense, Birla was unique, and a true pioneer. Perhaps the only other "industrialist" of that generation who shared a global vision with Aditya Birla was Dr Parvinder Singh who had transformed Ranbaxy Laboratories into a truly global company (with close to 50% of revenue coming from overseas markets) by the late 1990s. It is indeed a tragic coincidence that, like Aditya Birla, Dr Singh to succumbed to cancer and died young.