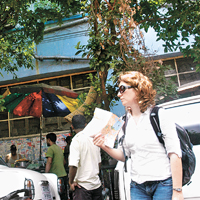 
Significantly, there's been an increase in repayment agreement usage. Repayment agreements are "contracts" between an employer and employee wherein the employee has to refurbish the cost of relocation in case he or she decides to leave the company within a specified time period. Its inclusion in long-term assignments increased from 49 per cent to 61 per cent and in short-term assignments from 36 per cent to 43 per cent.

The Cartus study is based on a survey of 122 multinationalfirms based in the Americas, Europe Middle East and Africa, and the APAC region, and representing all major industries.

"Our global trends survey uncovered two key issues behind the anticipated increase in corporate relocation activity:  a need for companies to support their planned expansion into emerging markets, and a need to fill the void in available local talent in those markets," explains Matt Spinolo, executive vice president of Cartus.

According to Cartus, a surprising finding is that although the relocation volume is going up, there has been a change in the way companies deploy employees. Apart from trimming benefits, firms are moving away from traditional, long-term assignments into more alternative, temporary forms, or reducing assignment durations.