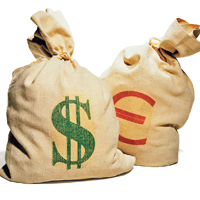 The I-T department, on the other hand, has worked hard to establish that there is a capital gains tax liability — on Vodafone's part — in the case. Vodafone maintains the I-T department has no jurisdiction as the main agreements were signed abroad — through a Cayman Islands company.

There is merit in the argument made by the I-T department counsel that Hutchison was hiding behind Vodafone in the transaction to avoid payment of capital gains tax.

Tax experts in the merger and acquisition (M&A) space point out that an amount of about $350 million was paid by Hutchison as part of the whole deal to take care of tax liabilities. So the tax shield was built into the deal, as is the case in any M&A deal entered upon by companies. Tax authorities have followed the letter of the law.

The vodafone-Hutchison case has highlighted that it is introspection time for policy makers. A review of the tax guidelines would bring clarity and help Indian authorities nab those who have violated regulations. It is time the finance and law ministry sit down and examine the existing rules in M&A deals.

Clarity is important considering many Indian and global companies are waiting for policy directions from telecom regulators. A transparent regulatory environment would prop up cross-border M&A deals. A transparent tax regime would not only help attract foreign direct investments, but also facilitate hassle-free tax collection for the IT department.

The investor community is eagerly looking at the direct taxes code (DTC) to sort out the tax issues. A bill on this issue is pending before the parliamentary standing committee. In a way, it is an opportunity for law makers of the country to examine if the taxation codes, especially relating to big-ticket deals, are hassle free, both for companies as well as the government.

There is a silver lining for Vodafone, though. The apex court has sought an undertaking from the director-general of international taxation, Central Board of Direct Taxes (CBDT), that the government would refund the amount paid by Vodafone, along with interest, if the company wins the case against the I-T authorities. So the pressure would be on the tax department too.

Over the next few days, when the Supreme Court examines the merits of the arguments from CBDT and Vodafone counsels and finally delivers its judgement, it would be interpreting the arguments based on existing laws. Hopefully, the final outcome of the Vodafone-I-T department tax row would make life easier for future investors in the country.