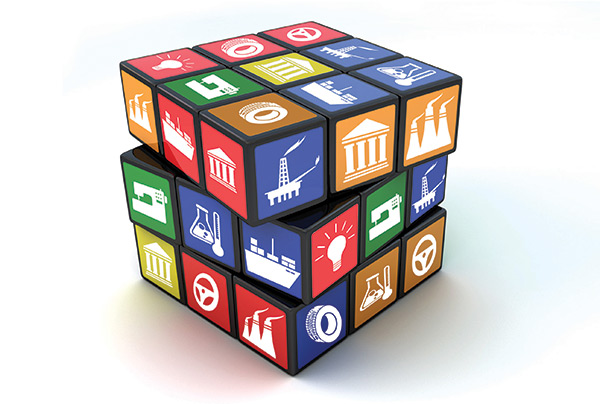 08 November, 2014
Print this article Font size -16+
While Prime Minister Narendra Modi was parlaying with top Nepalese government officials in Kathmandu, equity analysts at Microsec’s Kolkata office were trying to gauge the possible outcome of these meetings. Their analytical bases firmed up when Modi offered Nepal a soft loan of $1 billion to build power plants and roads.

By offering the sop, the Indian PM was trying to hammer out a power pact, one that will enable Nepal harness its estimated 45,000 mw hydro-electric potential and supply surplus power to Indian grids.

The stockbroking firm already has a buy call on hydro-power generators National Hydroelectric Power Corporation (NHPC) and Satluz Jal Vidyut Nigam (SJVN). Never before have equity brokers tracked bilateral visits of senior government officials as they are doing now. In fact, every broker on Dalal Street is looking for cues from the government that could turn in a good investment opportunity.

The newly elected NDA government’s focus on strengthening public sector undertakings (PSU) and the rollout of specialised infrastructure projects such as inland navigation, freight corridors, river cargo drainage facilities and super-fast rail connectivity have caught the fancy of equity analysts, who until a few months ago had little interest in government-owned companies.

The sentiment towards PSU companies had turned positive in the run-up to elections. After the elections, analysts have become even more bullish. This has led to a re-rating of most PSUs.

The Intent
Frankly, not much has changed with PSUs in actual, tangible terms. Conservative investors would call the current rally a “hope rally”. The surge in stock prices of government-owned companies is completely based on future prospects and embedded value.

What is evident from this Budget is that the focus of the Narendra Modi government is to strengthen manufacturing and industry.

Such an initiative is a departure from Budgets presented by previous governments that paid more attention to the tertiary sector.

“The new government, it seems, understands this problem. Efforts are on to streamline coal mining. The coal ministry intends to increase coal production from current levels. This is good news for the Indian manufacturing sector,” says Paras Bothra, vice-president–Equity Research, Ashika Stock Broking.

The Rationale
The upward movement in PSU stocks is solely due to the expectation that the government will bring about policy changes in key sectors. Gas price revision and deregulation of fuel prices are expected to revive the fortunes of oil and gas companies.

Increased spending on rail infrastructure and inland navigation is likely to help companies such as Container Corporation and Dredging Corporation. Improvement in the health of state electricity boards will result in better profitability for companies such as Power Finance Corporation and Rural Electrification Corporation. Steel Authority of India, a maharatna, is expected to see an increase in its production capacity, while Nalco could be a big beneficiary of increased manufacturing activity in the country. Higher spending on defence is likely to have a positive impact on companies engaged in the production of non-ferrous metals.
break-page-break
The only vertical that dampens market sentiment is PSU banking, which may continue to face downward pressure — both in terms of earnings and stock appreciation.  Apart from State Bank of India, Bank of Baroda and Punjab National Bank, none of the banks features in the shopping list of top brokers.

“PSUs face a lot of problems. There are issues with regard to pricing, management and mindset. The new government will have to bring in operational efficiency for these to survive and thrive,” says Bothra.

Echoing his sentiment, Sedani of Microsec says: “If the government manages to bring about policy-level changes and give professionals a free hand to run these companies, PSUs will turn in good numbers.”

Earnings A Concern
Profitability has been the biggest concern among most government-held companies. PSUs’ performance deteriorated in the second half of the last decade. Between FY09 and FY14, their aggregate sales and profit after tax (PAT) grew at just a third of the growth rate achieved during FY04-09. More than one-third (34 per cent) of the PSUs were making losses in FY13 versus 27 per cent in FY08, states a Motilal Oswal Financial Services study.

“The profitability of PSUs — most of which were plagued with project delays, policy paralysis and high debt — is close to half FY04 levels. However, we believe the worst is behind us and the new government’s policy actions could lead to a revival in their fortunes,” say analysts at Motilal Oswal.

Disinvestment
Disinvestment of government equity in PSUs started in the early 90s, with a stake sale in over 30 select companies. Since then, the process has undergone sweeping changes. Successive governments have divested stakes in PSUs for varied reasons — right from raising capital to increasing retail participation and now bridging the fiscal deficit.

The Modi government intends to raise about Rs 59,000 crore by way of disinvestment this year. SAIL, ONGC, NTPC, REC and Hindustan Zinc are among companies that could see stake dilution this year.

“There’s lot of intrinsic value in some of these companies. The government will not have to offer great discounts to sell stake in quality companies,” says Baliga of Edelweiss.

The Dividend Story
State-owned companies have always been at the forefront in terms of paying dividends to shareholders.  Many a time, jumbo dividends are paid at the behest of the government (the majority shareholder), which uses the money to bridge revenue deficits. Retail shareholders make a lot of money from such payouts. As public shareholding is lower in PSU companies, individual shareholders pocket more of distributable profits.

“But dividends alone cannot be a reason for you to invest in a stock. Capital appreciation is important. Without appreciation in stock prices, dividend payout may not mean much for investors,” says market expert Sandip Sabharwal. One cannot but agree with Sabharwal’s views as there are several private companies that pay higher dividends and log more significant stock appreciation. Aarti Industries, Finolex Industries, Can Fin Homes, Kolte Patil Developers, JK Tyre and Sona Koyo Steering Systems are among mid-cap companies that have seen high dividends and capital appreciation over the past three years (see Double Edge).

The Bottom Line
Investors should bet on quality PSU companies that have an asset-light model. It is better for investors to not go for shares of lesser known PSUs that have logged losses consistently. Scooters India, ITI, HMT and Hind Photo-films are among unhealthy PSUs that will never pass the fitness test of any equity analyst.

There are value pockets in the PSU cluster, but their well-being is directly dependent on policies and government action. A bet on the PSU cluster could well be a wager on the efficiency of the government to turn around these companies.