Ransom-demanding Virus On Prowl In Cyberspace 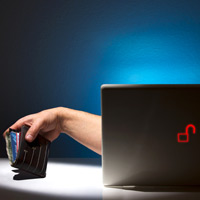 08 November, 2014
Print this article Font size -16+
Cyber security sleuths have warned Indian Internet users against a potent Trojan virus in the social media and email circuit which stealthily encrypts important documents of the user and then asks for a 'ransom' to unlock proprietary messages.

The audacity of the virus has been categorised as "severe" and cyber experts say such a malicious programme has been detected for the first time which asks for a ransom of an estimated Euro or $300 to unlock the genuine files of a user through "anonymous pre-paid cash vouchers".

Once activated in the user's email or in the operating system, the virus jeopardises the overall security of the user's classified information.

The number of incidents, perpetrated by the virus called 'cryptolocker', however, are low in India at present.

"An advisory has hence been issued to stop its prevalence and multiplying capability in Indian cyberspace," an expert cyber cop said.

The notorious malware has got as may as seven aliases to hide its original character in the cyberspace.

"It has been observed that the variants of malware family Win32/Trojan.Cryptolocker are spreading widely. Cryptolocker is spreading via malicious hyperlinks shared via spam emails, social media, malicious email attachments (fake FedEx and UPS tracking notices), drive-by-download or as a part of dropped file from other malwares.