Ayodhya (Uttar Pradesh) [India], August 2 (ANI): Depending on the day's significance, the idol of Ram Lalla is likely to don different coloured attires from Monday onwards till August 5, the day for 'bhoomi pujan' for the grand temple's construction in Ayodhya, said Acharya Satyendra Das, chief priest of the makeshift temple on Sunday.
"From tomorrow onwards till August 5, we will dress Ram Lalla as per the day's significance. For tomorrow, i.e. Monday, it would be white clothes, for Tuesday it would be red clothes and for Wednesday it would be green clothes," Acharya Das told ANI.
"We have also kept an option of yellow and saffron clothes," he added. 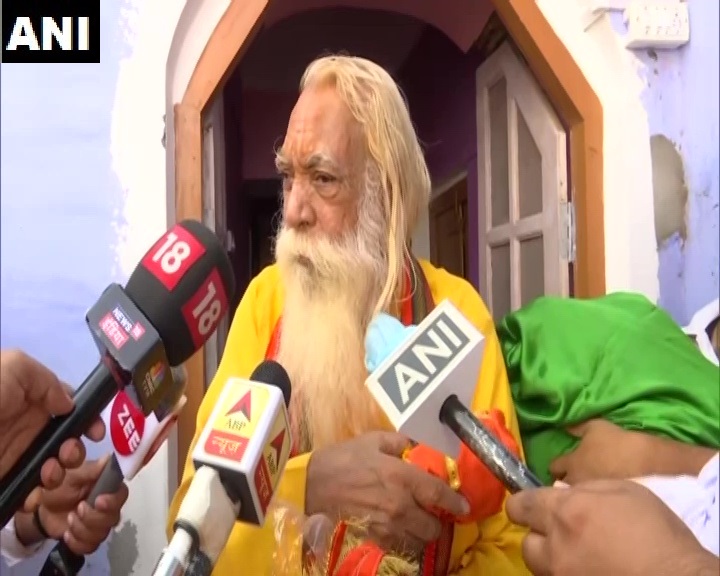 Pandit Kalki Ram, president of Ramdal Seva Trust on Sunday handed over the clothes for Ram Lalla's idol to the chief priest, ahead of foundation stone laying ceremony of Ram temple in Ayodhya.
"I have collected the clothes for Ram Lalla from the tailor, and handed over to the chief priest Satyendra Das Ji. Prime Minister Modi is coming on August 5 to lay the foundation stone of the temple," he said. 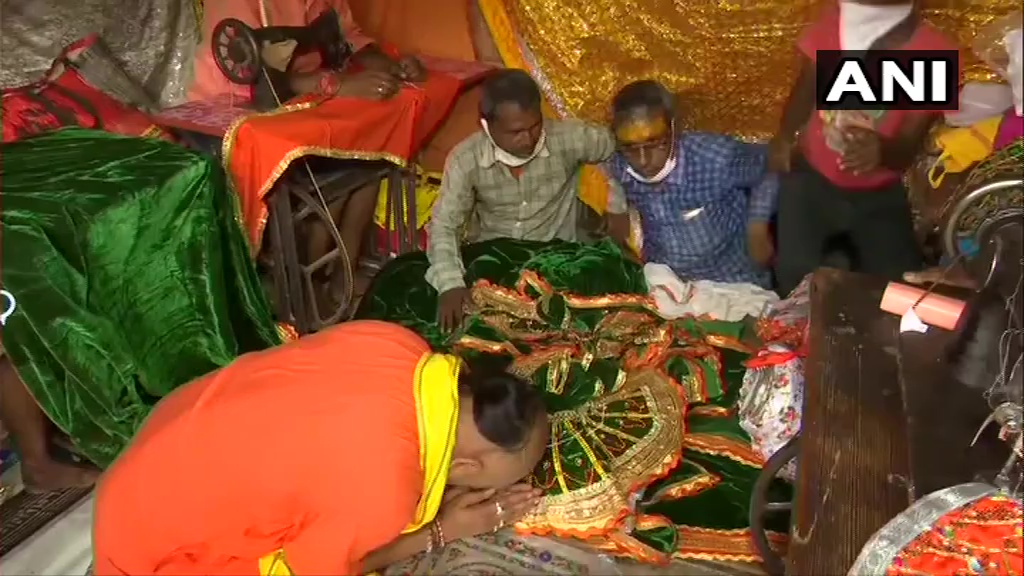 Bhagwat Prasad, one of the shop owners of 'Babu Lal Tailors' who has been stitching clothes for idols of Gods and Goddesses in temples for several years said that various coloured clothes have been prepared.
"The order for the clothes were given by Pandit Kalki Ram ji - white for Monday, red for Tuesday and special green clothes for Wednesday. Saffron clothes have also been prepared," he said.
PM Modi is scheduled to lay the foundation stone of the Ram Temple in Ayodhya on August 5, according to Mahant Nritya Gopal Das, the president of the Sri Ram Janmabhoomi Teertha Kshetra Trust.
The construction of Ram temple in Ayodhya will begin after the ceremony to lay the foundation stone in which chief ministers of many states, ministers from the union cabinet and RSS chief Mohan Bhagwat are also likely to participate.
In March this year, the 'Ram Lalla' idol was shifted to a temporary structure.
Supreme Court, on November 9 last year, had directed the central government to hand over the site at Ayodhya for the construction of a Ram temple. (ANI)