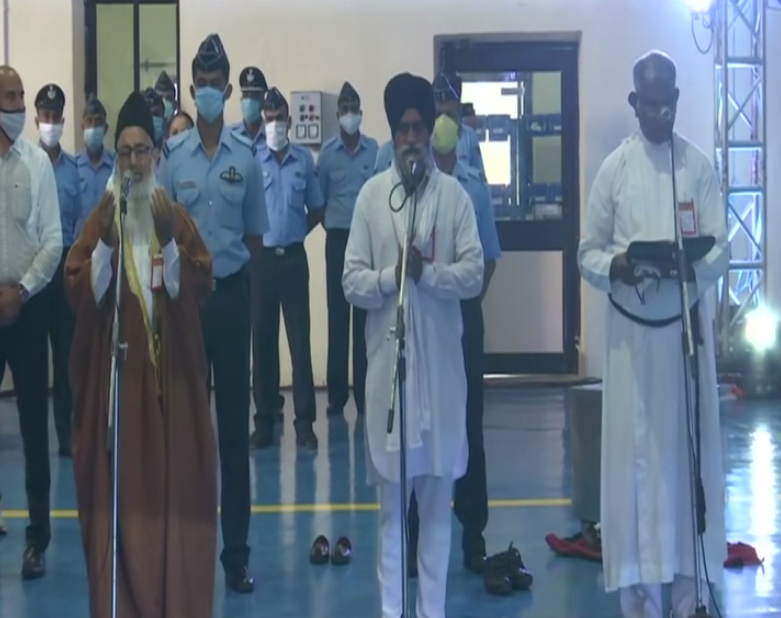 This puja was followed by air display of Rafale fighter aircraft flanked by SU-30 and Jaguar aircraft in an arrow formation.
Chief of Defence Staff General Bipin Rawat, Chief of the Air Staff Air Chief Marshal RKS Bhadauria, among other senior officers of the Ministry of Defence and Armed Forces, were also present to mark a very important milestone in the history of the IAF.
The first five Rafale aircraft will be part of 17 Squadron, the "Golden Arrows".
The aircraft had arrived at Air Force Station, Ambala from France on July 27, 2020. (ANI)