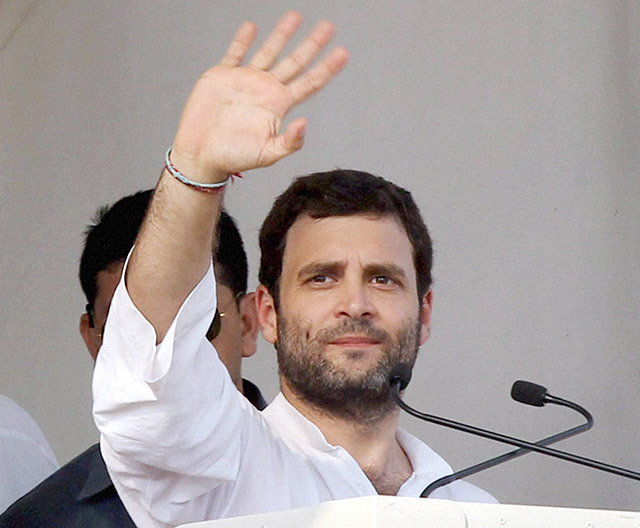 27 April, 2015
Print this article Font size -16+
After the farmers' issue, Rahul Gandhi on Thursday (23 April) raised in Lok Sabha the issue of net neutrality, alleging that the government was trying to give away internet space to some corporate groups, a charge rejected by the government as "insinuation" aimed at "political mileage".

Congress and BJP members engaged in a war of words after Gandhi raked up the controversial issue and IT and Telecom Minister Ravi Shankar Prasad hit back by referring to curbs imposed by UPA government on Twitter in 2012 and scams in 2G spectrum and coal blocks allocations during its rule.

He demanded that either the existing laws be amended or a new law be brought.

Rejecting Gandhi's charge, Parliamentary Affairs Minister M Venkaiah Naidu said the Congress Vice President should not have made an "insinuation". He said, "They (Congress) do not want response. They want political mileage."

Prasad said the BJP government stood for 'digital India' which was the ambition of Prime Minister Narendra Modi and wanted to ensure that internet was available to all in a "non-discriminatory" manner.

"Government wants to assure Parliament... Prime Minister speaks of digital India so that 125 cr people have the internet," he said.

Playing down the TRAI consultation paper in this regard which has sparked a debate over net-neutrality, he said the regulatory body was doing it under the Act governing the issue, but it was "for me and the government to take a final call on the issue."

He said the Telecom Commission will look into the TRAI consultation paper, after which he will go into it and then the matter will come up before the Cabinet.

Gandhi, who returned last week from a mysterious 57-day sabbatical, raised the issue of farmers in the House yesterday, alleging that the "suit-boot" government was ignoring the farming community.