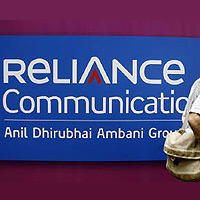 08 November, 2014
Print this article Font size -16+
Shares in Reliance Communications Ltd gained 7.1 percent, to their highest level since April 18, 2012, after CLSA said several catalysts could help the company to unlock value, including an "inevitable" tower/infrastructure-sharing deal with Reliance Industries for its 4G rollout.
"Reliance Industries is the only pan-India 4G spectrum owner. Service rollout is reported to be in 2013 and its best option remains to lease towers from Reliance Infratel," said CLSA in a report.
However, CLSA maintained it 'sell' rating on the stock with a target price of 70 rupees, citing debt burden of 367 billion rupees.