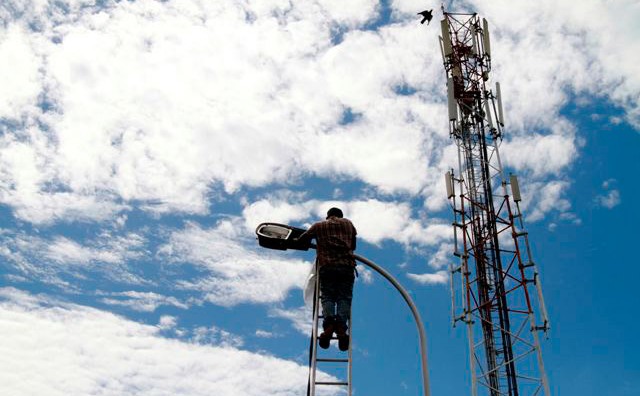 08 June, 2015
Print this article Font size -16+
Anil Ambani-led mobile communication service provider Reliance Communications (RCom) said on Friday (29 May) that it posted 45.9 per cent growth in net profit at Rs 228 crore during the fourth quarter of financial year 2015 as compared to the year-ago quarter's Rs 156 crore. Its total revenue grew 1 per cent to Rs 5,671 crore during the quarter.
The company said that its India operations revenue increased 5.5 per cent to Rs 4,907 crore in the March quarter from Rs. 4,649 crore for the corresponding quarter in  previous year. While, the revenue from global operations at Rs. 1,294 crore was up 2.7 per cent in the quarter under review as against the corresponding previous quarter.
RCom said in a statement that it continues to be cash flow positive and generated operational cash flow of Rs. 1,976 crore in the fourth quarter in the financial year 2015. It also paid net finance charges of Rs. 666 crore and invested Rs.505 crore on capex during the quarter. As a key parameter of the business growth, the company said that its total data traffic at 87,211 million mb (mega bite) was up 73.6 per cent in the quarter as compared to last year and its highest data usage per subscriber in the industry at 893 mb was up 37.8 per cent.
RCom claimed that it has some 33.7 million data customers including 17.4 million 3G  (third generation technology) customers at present.
During the quarter, credit rating agencies Moody's and Fitch Ratings had rated RCom as Ba3 and BB (stable outlook) respectively. A stable outlook signifies that the company is in a better position to manage its balance sheet and sustain as a long-term player in the telecommunications industry. It had also raised $300 million through offshore bond offering, which were rated at the same level.
Tags assigned to this article:
news 8 pharma q4 reliance communication rcom