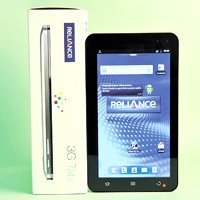 08 November, 2014
Print this article Font size -16+
As voice revenues have been stagnating, telecom operators have been focusing on raising data revenues. Now, Reliance Communications (R-Com) has slashed 3G data tariffs to 2G rates. In what is termed as a game-changing plan, R-Com subscribers can access 3G services at Rs 123 for 1 GB, Rs 246 for 2 GB and Rs 492 for 4 GB.

But RCOM is doing only what Bharti Airtel and Vodafone did a couple of months ago. Bharti Airtel cut 3G data prices by 70 per cent in May. Vodafone slashed 3G tariffs by 80 per cent in June. Gurdeep Singh, President and Chief Executive Officer, Wireless, Reliance Communications Limited, said: “This is an inherent part of RCOM’s objective to take high-speed data services to every smart phone and tablet user in the country, without them worrying about incremental or high costs.”

But will this make a difference to the data market? R-Com is reported to have 7.2 million 3G subscribers compared to Bharti Airtel’s 8.4 million and Vodafone’s 3.3 million. It remains to be seen how many current 2G subscribers move over to 3G services. Himanshu Shah, research analyst at HDFC Securities points out that RCOM’s rate reduction is unlikely to have a material impact on other telecom operators due to an inferior 3G network presence. While RCOM om has 11,000 3G BTS across 13 circles, Bharti Airtel has 25,000 and Idea Cellular has 17,000 across 11 circles. Since other operators have already reduced tariffs, it is unlikely that there will be another round of cuts.

Only about 5 per cent of India's 850 million mobile users have subscribed to 3G services, which are estimated to account for 3 per cent of mobile revenue of telecommunication carriers.

Uptake of the premium internet services has been slower than expected as a majority of mobile subscribers mostly use phones to make calls and also partly due to the high pricing of such services.