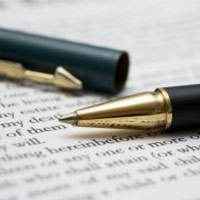 08 November, 2014
Print this article Font size -16+
A bout of uncertainty is gripping investors in India, sending benchmark bond yields sharply higher this week, after the RBI governor's strong warning on inflation raised the odds of a hike in interest rates next week.

Reserve Bank of India Governor Raghuram Rajan called inflation a "destructive disease" that was forcing the central bank to keep monetary policy tight, according to a report from news agency Press Trust of India on Thursday (23 January) carried in the website of The Economic Times newspaper.

The warning on inflation comes after an RBI panel on Tuesday recommended making retail inflation a priority, with the aim of bringing the consumer price index to 4 per cent with a wiggle room of up or down 2 per cent from near double digit levels.

That threatens to dent a rally in bonds this year, which had been fuelled in part by expectations of a less hawkish central bank, and is also weighing on currency markets given concerns about the near-term impact on economic growth.

"Bonds have seen a huge rally recently and that is getting unwound," said Manish Wadhawan, managing director and head of interest rates at HSBC in Mumbai.

"Though I don't think all individual recommendations of the report will be accepted, it will be broadly incorporated into the overall policy framework. There is a one-third possibility of a rate hike on Tuesday and if that happens we could see a further 10-15 bps sell-off," he added.

That marks a sharp turnaround from just Tuesday, when bond yields had dropped to a three-month low of 8.47 per cent.

The retreat in bond prices reflects the uncertainty about the RBI's action on Tuesday. Analysts had previously widely expected the central bank to leave interest rates unchanged, and possibly even look at cutting rates later this year, but that is now less certain.

Taming inflation would ultimately benefit the economy, but in the near term traders worry about the impact on an economy tipped to be growing below the decade low of 5 per cent in the previous fiscal year ended in March 2013.

As a result, the rupee has also faltered, hitting a two-week low against the dollar on Friday at 62.19.

Shares also retreated on Friday after hitting a record closing high in the previous two sessions - which had been driven by continued gains in exporters benefitting from an improving outlook among developed economies.

How foreign investors react could also be key in the near-term, according to analysts.

The prospect of lower inflation has been a draw for foreign bond investors who have turned net buyers of $3.2 billion so far this year after selling a net $8 billion in 2013.