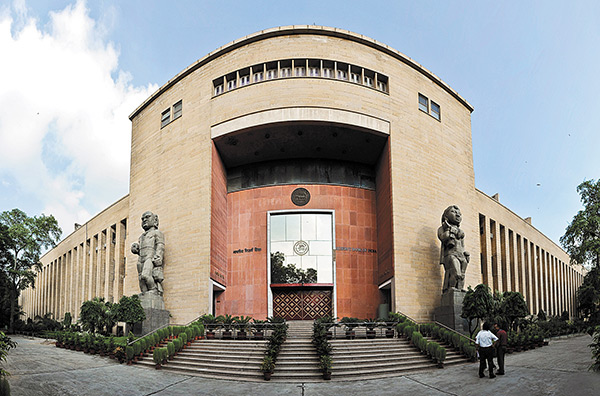 02 April, 2015
Print this article Font size -16+
The Reserve Bank of India (RBI) will most likely leave its benchmark interest rate unchanged at 7.50 percent at next week's policy meeting, but reduce it by 25 basis points by the end of June, a Reuters poll found.

Only nine of the 40 economists surveyed this week expect the RBI to cut the repo rate at the April 07 meeting, while four said it would lower banks' cash reserve ratio to boost their lending power.

Median forecasts from the poll suggest the RBI will cut by 25 basis point in May or June, and follow it with another cut of the same scale in the last three months of the year.

The cash reserve ratio which has been on hold at 4 per cent since early 2013 - will likely stay unchanged until at least June 2016, the most distant forecast covered by the poll.

RBI Governor Raghuram Rajan has surprised forecasters by acting outside of the policy meetings to cut rates in January and March.

Sharp falls in crude oil prices subdued inflation across the globe, giving many central banks room to ease policy to support their economies, though there is a risk that oil prices will rebound.

Indian consumer price inflation, which fell to a record low in November, has risen gradually since and was at 5.37 per cent in February.

The RBI is likely to be cautious easing interest rates further given the uncertainties over oil prices, the risk that unpredictable monsoon rains could force food prices higher, and possible capital outflows from emerging markets, like India, once the Federal Reserve raises US interest rates, economists said.

"We see room for another 25 basis point cut by June and pause thereafter, set against the likelihood of US rate hikes in the second half of 2015, a narrowing output gap and our in-house expectations for gradual rupee depreciation in the quarters ahead," said Radhika Rao, economist at DBS.

Although the prospect of higher US rates has not triggered a selloff in the rupee, a Reuters poll showed it will weaken slightly over the coming year, which could push up prices for imports.