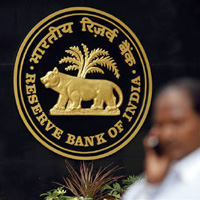 08 November, 2014
Print this article Font size -16+
The Reserve Bank of India (RBI) has proposed allowing standalone primary dealers to act as market makers in corporate bond trading as part of a slew of proposals intended to relax guidelines and increase liquidity in this debt segment.
The RBI is also proposing allowing standalone primary dealers to invest up to 50 percent of funds borrowed from call money markets into corporate debt, according to a draft communique seen by Reuters and confirmed by several market sources.
The proposal, if approved, could benefit Indian units of foreign banks such as Deutsche Bank , Goldman Sachs, Morgan Stanley, and Nomura Holdings, which have standalone primary dealer licenses in India.
Although they participate in corporate bond markets as buyers and sellers on behalf of clients, or as underwriters, their market-making activity has been restricted.
"The biggest benefit is that PDs can borrow from call money to fund the corporate bond investments which was not allowed earlier. This will help PDs to access cheaper funds and increase margin," said a senior fixed income trader at a bank.
The RBI would also allow these primary dealers to invest up to 50 percent of their capital funds, or net owned funds, in bonds issued by single entities and up to 75 percent for group issuers, such as companies with multiple units.
Analysts said drawing in these institutions could potentially expand the domestic corporate debt markets, but warned they are unlikely to lead to a surge in trading.
The central bank said only those standalone PDs which have minimum net owned funds of 6 billion rupees would be eligible to be market makers and they need to conduct a minimum number of repo transactions.
It was not immediately clear which standalone primary dealers would meet that criteria.
"The RBI has set a condition that there should be minimum turnover ratio of 10 in repo transactions, but there are hardly any repo transactions. So how will it deepen corporate bond market?," said a senior official at a foreign primary dealership.
India has eight standalone primary dealers.
Besides the domestic units of Deutsche, Morgan Stanley, Nomura, and Goldman Sachs, the domestic dealers are made up by CICI Securities Primary Dealership, PNB Gilts, SBI DFHI, and STCI.