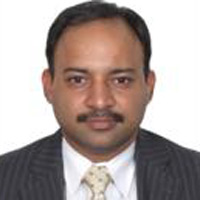 08 November, 2014
Print this article Font size -16+
The Reserve Bank of India (RBI) has released the updated pricing guidelines for cross-border share transactions under the Foreign Exchange Management Act. The notification dated 15 July 2014 has provided much-needed clarity to both companies and investors, following the RBI's announcement on withdrawal of the earlier extant guidelines in its monetary policy in April 2014.

Looking back over the past several years, while pricing of listed companies has had and continued link to market prices, it has been a long journey from a formula-driven valuation to acceptance of internationally accepted valuation methodologies, in the case of unlisted shares.

Pre-2010 era: The original pricing guidelines were based on the erstwhile Controller of Capital Issues (CCI) guidelines and continued to linger as part of our FDI policy long after the CCI was replaced by the Securities and Exchange Board of India ('SEBI') in the capital markets. These CCI guidelines were formulaic and left little room for application of a commercial viewpoint, being based on the historical Net Asset Value (NAV) and capitalised value of past average earnings. Typically, the resultant share price was not reflective of future earnings capacity of the company in question.

May 2010: The RBI took a major step towards allowing capital flows in domestic Indian companies at "fair value" levels when the CCI guidelines were replaced by the use of the discounted cash flow ('DCF') method in May 2010. The DCF is a widely recognized method based on expected future earnings of the subject company; however, the mandatory use of DCF caused a few issues. It was not a good fit in many situations such as a dormant company, an investment holding company or a brand new company being formed in order to set up a new project in the country. Further, the DCF method is subject to biases and the resultant value is only as good as the quality of the inputs that go into the valuation. Most valuation practitioners do use the DCF method as a preferred method, but also like to cross-check their results against other methods such as market multiples to ensure that the result is "fair value".

December 2013: An indication of the upcoming sea change in valuation ideology was given by the RBI in December 2013, when optionality in equity instruments issued to non-residents was permitted. While the exit price for investments in unlisted equity shares was to be linked to the Return on Equity (RoE) as per the latest audited balance sheet (this method was not fully explained in the guidelines and was generally considered to be confusing), the RBI did allow transfers of convertible instruments at a price worked out as per any internationally accepted pricing methodology.

July 2014: The latest pricing guidelines in July 2014 finally make it a level playing field - all equity instruments are now to be valued using any "internationally accepted pricing methodology" on arms' length basis. There continues to be no assured pricing for buy-back or conversion of options, but at least the norms for pricing at entry and exit are consistent.

This phrasing does lead to the question on what such internationally accepted pricing methods are - there are limited examples of formally laid down valuation principles that come to mind. The private equity community follows the International Private Equity and Venture Capital Valuation (IPEVC)/ US Private Equity Valuation Guidelines developed by the Private Equity Industry Guidelines Group (PEIGG), as industry-standard methods for uniform financial reporting. The draft rules on the provisions for registered valuers in the new Companies Act 2013 also list a number of valuation methods, including the DCF, market comparables, price of recent investment (PORI), NAV, etc.
In our experience, there are three classic valuation approaches (listed below), which are followed all over the world in some form or the other:
"    Earnings Approach - Discounted Cash Flows
"    Market Approach - Market prices/ comparable company multiples/transaction multiples/PORI
"    Assets Approach - Net Asset Value/ Net Realisable Value/ Net Replacement Value

Overall, the best interpretation of the text laid down in the RBI's pricing guidelines is that it is for the valuer to apply his or her discretion in the use of one or more of these classic approaches, as deemed appropriate in the specific case. This of course ups the bar for valuers, who now assume greater responsibility in adopting the right method(s) and arriving at fair value.

The latest circular dated 15 July 2014 also mandates that in case of transfer of shares or convertible debentures, the company involved must disclose in its annual report the details of valuation, the pricing methodology and the valuer involved. However, the RBI pricing guidelines are meant to act as a floor or ceiling boundary, as applicable, for the transaction to take place. The parties of the transaction are free to set the actual transaction price within this boundary. It is a widely accepted principle that price can differ from value owing to a number of factors - synergy premium, control premium, discounts for illiquidity or simply one party's eagerness or need to conclude the transaction as compared to the other side - that go into a typical deal negotiation process. It may be considered that presenting details relating to the RBI valuation may in fact lead to confusion as it may not be equal to the final transaction price. Internationally, too, specific valuation considerations are rarely disclosed, with most financial reporting aimed at allocation of the purchase price rather than how it was arrived at. Another small observation is that the disclosure requirements do not mention issue of shares/ convertible debentures. Further, issue/ transfer of CCPS is not covered. This could perhaps be an oversight, but in any case, it may be a good idea for this clause to be taken up for further debate.
Overall, the RBI has certainly lived up to expectations by liberalizing the pricing guidelines and opening up the valuation of cross-border transactions to the wider principles of fair market value. It is a well-balanced move and will be welcomed by companies and investors alike.