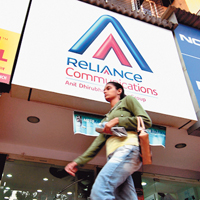 As several smaller firms have either shut down or scaled back operations in response to a court order, bigger companies such as Bharti Airtel, Vodafone Group Plc and Idea Cellular have cut discounts on voice calls, effectively increasing prices.

Still, firms will be less rapid to raise the so-called headline, or base, tariffs - currently at between 1.5 paisa and 2 paisa a second - as an overt rise in prices could hit demand, said Ankita Somani, a telecoms analyst at Angel Broking in Mumbai.

"I really don't see headline tariffs going up for the next one quarter or so," she said.

Reliance Communications, which is due to report quarterly earnings on Friday, 10 May, 2013, said on 6 May it is increasing calling rates to 1.2 paisa a second from 1 paisa in some plans, still below its base price of 1.5 paisa a second.

"With smaller operators shutting down or scaling down their operations and easing off hyper-competitive pressures, this will help pricing power move back ... and positively impact profitability," Gurdeep Singh, Reliance Communications' head of mobile business, said in the statement.

Shares in Reliance Communications, controlled by billionaire Anil Ambani, have jumped nearly 50 per cent this year on hopes of more deals with Reliance Industries Ltd, run by Anil Ambani's wealthier brother Mukesh, which is readying the launch of a nationwide 4G network.

Reliance Communications shares were down 0.2 per cent at 1: 55 p.m., marginally underperforming the Nifty which was up 0.1 per cent.