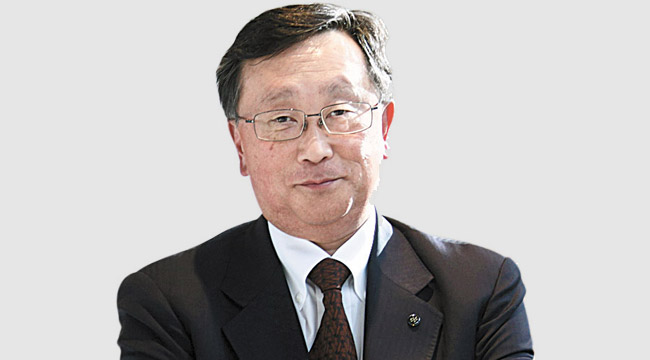 31 March, 2015
Print this article Font size -16+
“I want it to be different. I want it to be iconic. Bringing a tablet out for a tablet’s sake, it’s not the right thing to do”
—John Chen, CEO, BlackBerry, in an interview, suggesting that a tablet is not in the works, but is sure on his mind

“Clever people in Brussels, in Frankfurt and in Berlin knew back in May 2010 that Greece would never pay back its debts. But they acted as if Greece wasn’t bankrupt, as if it just didn’t have enough liquid funds”
—Yanis Varoufakis, Greek finance minister, describing his country as the most bankrupt in the world in a documentary on the Greek debt crisis
“We can deploy and we will deploy monetary policy in a way that can and will stabilise inflation in line with our objective”
—Mario Draghi, president, European Central Bank, stressing that ECB’s expanded asset purchases will succeed in pushing inflation in the euro area back toward its goal

“I never play the gender card. The moment you play into that, it’s an issue. In technology, we live at a rare, fast-moving pace. There are probably industries where gender is more of an issue, but our industry is not one where I think that’s relevant”
—Marissa Mayer, CEO, Yahoo, in an interview
“Projects are being cancelled. Investments are being revised. Costs are being squeezed. If we don’t have more supply, there will be a shortage and the price will rise again”
—Abdalla Salem el-Badri, secretary general, Organization of the Petroleum Exporting Countries, cautioning that the industry may be cutting too much and this could lead to a price spike in the future
“Whoever’s with us should get everything. Those who are against us, there’s nothing to be done — we need to pick up an axe and cut off his head. Otherwise we won’t survive here”
—Avigdor Lieberman, Israel’s foreign minister and the head of a right-wing Israeli nationalist party, during an election rally
(This story was published in BW | Businessworld Issue Dated 06-04-2015)
Tags assigned to this article:
magazine opec european central bank marissa mayer mario draghi john chen yanis varoufakis magazine 06 april 2015 avigdor lieberman