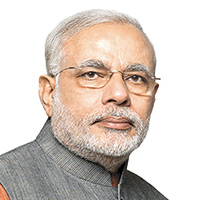 08 November, 2014
Print this article Font size -16+
I firmly believe that the life story of living individuals should not be included as part of the school curriculum”
—Narendra Modi, Prime Minister, opposing the move by some state governments to include a chapter on his life in school textbooks

“Should BP send gay people into Russia? I think yes you could do that”
—Lord John Browne, former chief executive of British Petroleum and current chairman of Cuadrilla, on promoting a change in attitude towards gay employees by sending them to countries where homosexuality is frowned upon

“This time we are purchasing the dogs. So now no one can claim them back; they will become the state’s property”
—Umar Naseer, home minister, Maldives, on the government’s decision to spend $80,000 to bring in 15 sniffer dogs to detect drugs brought into the island

“Putin has been much more rational than people say sometimes”
—Frédéric Oudéa, chairman and CEO of Societe Generale SA, defending Russian President Vladimir Putin who, he believes, will not impede the French bank’s expansion in Russia

“I am quite positive that we will be able to save the patient”
—John Chen, CEO, BlackBerry, on the chances of turning around the struggling smartphone manufacturer

“I’ll do everything possible and impossible to guarantee that we have a sustainable future”
—Sergio Rocha, CEO, GM Korea, in a conference, on wage negotiations