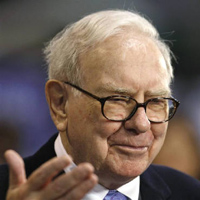 
“As a nation, we seem to oscillate between embracing growth as the highest goal and deriding growth as no panacea for the ills that afflict the country”
— P. Chidambaram, finance minister, delivering the K. Subrahmanyam Memorial Lecture in New Delhi


“There should be no ‘games’ in sports”
—Narendra Modi, chief minister of Gujarat, on the IOC executive board’s decision to drop wrestling from the 2020 Olympics


“The downside of very long-term forecasting is it is hard. The upside is the forecaster is gone by the time people find out s/he is wrong”
— Kaushik Basu, chief economist and senior vice-president of the World Bank, in a tweet


“ ...Greece, Ireland, Poland, Spain and Italy (are) all taking important steps to put their economies on a sounder path”
­— Joe Biden, US vice-president, on the reform efforts of the EU, in a speech in Europe, forgetting that Poland  is not a member of the union


“Bribes are a phenomenon that exists... These are not crimes... those are the rules in that country”
­— Silvio Berlusconi, former Italian PM, on Finmeccanica CEO Giuseppe Orsi being jailed for alleged kickback payments in the AgustaWestland copter deal

“Financial markets don’t operate by the laws of physics. They don’t have a tendency to return to equilibrium”
— George Soros, founder of Soros Fund Management, at the WEF

“Leave the office at 5.30, take Wednesday afternoon off, don’t fill in your timesheet… Dare the difference and deliver”
­— Christine LaGarde, managing director of the International Monetary Fund, at a session on Women in Economic Decision-making at the WEF