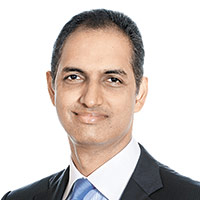 08 November, 2014
Print this article Font size -16+
We had heard of income, sales, and excise taxes but, for the first time, we heard about a Jayanthi tax in Delhi. Till the time that was not paid, files could not be moved”
— Narendra Modi, chief minister of Gujarat, referring to former environment minister Jayanthi Natarajan

“It was like doing an open heart surgery on a runner during a marathon”
— Sanjay Reddy, vice-chairman of GVK Group, on building the new terminal at the Mumbai International Airport

“We want the big guys to spend the money and figure out what works and what doesn’t, and then we want to copy it”
— Bill Crawford, CEO, Rockville Bank, on the bank’s technology strategy

“He seems to have convinced himself that history will treat him kindly. He is being over-optimistic”
— K. Natwar Singh, former foreign minister, referring to Prime Minister Manmohan Singh
“If we are to be the third-largest economy, then we need to start behaving like one”
— Sashi Mukundan, head, BP India, on delays in securing regulatory approvals

“It’s very tough to sell the message that you are growing and you are cutting. Which is it?”
— Fritz Nauck, director at McKinsey & Co, on banks emphasising on both cost cuts and growth

“It is simply populism heading towards anarchy... arbitrary and regressive”
— Anand Sharma, commerce minister, on the AAP-led Delhi government’s decision to disallow FDI in multi-brand retail