New Delhi [India], Aug 16 (ANI): As the left-handed batsman, Suresh Raina announced his retirement from international cricket, Bollywood actor Anupam Kher on Sunday lauded the player on a remarkable career and for his decision to retire on the same day as MS Dhoni.
Sharing a picture with the cricketer on Twitter, the 'Kal Ho Naa Ho' actor noted that Raina has played his "role on and off the cricket fields like a true gentleman". 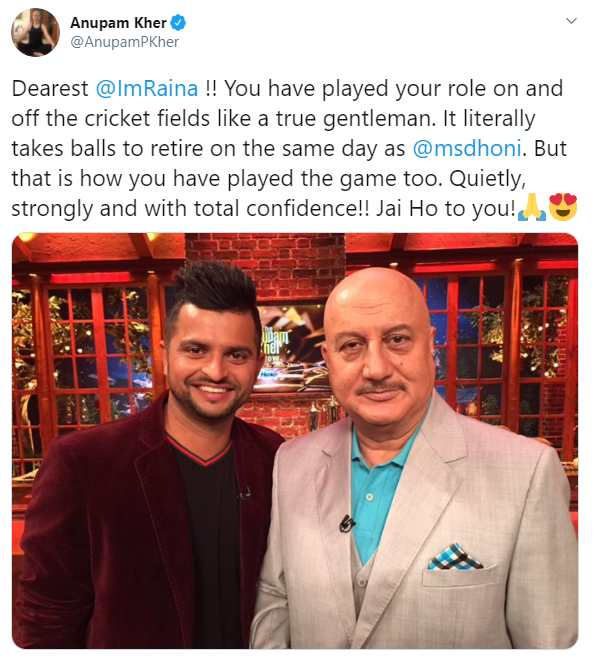 On Saturday, minutes after MS Dhoni announced his decision to retire, Raina also revealed that he'd "join" the former skipper and bid adieu to international cricket.
Talking about his retirement decision, the senior actor tweeted: "It literally takes balls to retire on the same day as @msdhoni (MS Dhoni)."
"But that is how you have played the game too. Quietly, strongly and with total confidence!! Jai Ho to you!" the 65-year-old actor wrote.
Raina and MS Dhoni's announcement of retiring from the international cricket came in as a shock with several Bollywood celebrities thanking the players for treating them with memorable performances. (ANI)