Quick To Spot A Good Bargain 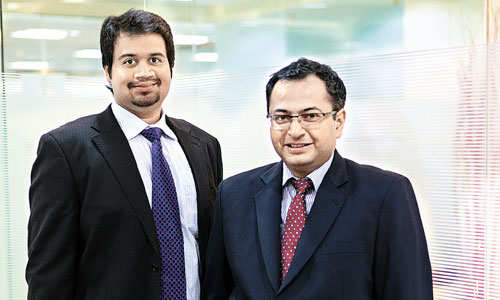 08 November, 2014
Print this article Font size -16+
When Rahul Goswami was named in September 2012 to manage the ICICI Pru Multiple Yield-A fund, the central government was also beginning to move on reform measures that would revive economic growth. Most importantly, they were a signal that the government was moving towards implementing some serious fiscal discipline.

Diesel prices were raised by 10 per cent in September 2012, and more recently the government has allowed oil marketing companies to increase diesel prices by 50 paise per month. To reduce the fuel subsidy, the number of cooking gas cylinders per connection has been capped at nine per year. While it may not change the fiscal scenario much this year, it is a big step forward.

The fund Goswami manages has emerged on top of Businessworld’s mutual fund rankings in the debt-oriented hybrid funds category for doing what the government hopes to achieve: being disciplined. “We made certain investments when the fund was launched in May 2011 and we kept a continuous watch on the fund’s performance,” he says, adding, “When we invested, we were of the view that the fund was optimally poised to perform in a reasonable manner.”
The fund is a close-ended scheme with a maturity period of 1,100 days. As a debt-oriented balanced fund, with most investment in debt securities, returns are stable. Combined with that objective, a portion of the corpus is invested in equities to generate long-term capital appreciation.

Equity investments are restricted to 30 percent of the fund’s share. Philosophically, the investment approach is based on the broader, in-house strategy. “The basic idea is to invest when  valuations are relatively cheap... then investment can go up to 25-30 per cent. We reduce equity exposure when the markets are following an upward trend,” says Rajat Chandak, who manages the equity portion of the fund.

The exposure to equity can change, depending on prevailing market conditions. Given that equity markets have performed better in the last six months, the current share of equity investments in the fund stands at nearly 15 per cent, debt at nearly 65 per cent, with the rest in cash. “The equities are a mix of large and mid caps, split almost equally,” says Chandak, adding, “It is very consolidated, multi cap and made up of high conviction bets by the team. Equities are required for providing a boost in a bullish market and, last year especially, the overall market has done well.”

Launched in May 2011, when bond yield levels were quite elevated, it was a test in picking investments that would not lose value in a falling market. But with the more recent positive steps taken by the government, Goswami feels that the fund will turn a better performance in 2013.

“There is a reasonable scope for the Reserve Bank of India (RBI) to bring down the existing rate structure progressively,” says Goswami. “In the next 3-6 months, the RBI will cut rates by 75-100 basis points (a basis point is one hundredth of a percentage point).” At lower interest rates, the value of his fund’s investment will rise, giving him some capital appreciation on the portfolio’s bonds too.

The fund has an average assets under management of Rs 135.71 crore, concentrated in financial services companies: Sundaram Finance (16.71 per cent), Shriram Transport Finance (14.58 per cent), Cholamandalam Investment and Finance (14.57 per cent), among others. All good, solid companies with sound finances and strong customers. The investment strategy has yielded results, and will likely pay off handsomely in May 2014.