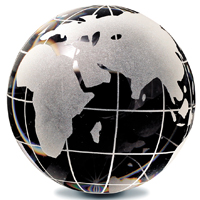 08 November, 2014
Print this article Font size -16+
When you're hot, you're hot. Except that when it's money that's hot that is flooding your stockmarket, people tend to get worried. Every time the equity market rallies on the back of sustained inflow from foreign institutional investors (FIIs), people seem to believe that the money coming into India is non-transparent (hot meaning non-transparent) and can play mischief with the markets.

Of course, there has not been any evidence of misconduct in the market due to such flows; however, everyone from Mint Street to Dalal Street tends to believe that foreign money coming into the market, particularly through the participatory notes (popularly known as PNs or P-notes) route is short-term hot money. It makes even the regulators sweat a little.

This is not the first time such doubts have been raised about the source of funds coming through PNs. Earlier in 2007, PNs issuances by sub-accounts of FIIs were banned.  But the ban was short-lived. In 2008, when FII flows dried up post-sub-prime crisis, the ban on PNs was reversed. Fast forward to now, as $28 billion came into Indian equities, concerns that PNs are being used to ‘launder' money are emerging again.

On average, 50-55 per cent of FII money comes through PNs. Though recently it went as high as 75 per cent (attributed to the Coal India initial public offering — FIIs placed large bids through PNs include Citibank's $1 billion, Merrill Lynch's $2 billion and Deutsche Bank's $3 billion). The size of PNs has grown from a mere $7-8 billion in 2004 to around $80-90 billion today. So can there be smoke without fire?

Sebi has been vigilant in undertaking due diligence, asking several FIIs to furnish details of the PNs issued to their clients, especially the short-sell position on a daily basis; but despite repeated efforts by Sebi, it has been consistently stonewalled because of client confidentiality.  For many, the memory of the aftermath of Black Monday (17 May 2004) is still fresh. Then, Sebi had banned UBS, the Swiss Bank, from accessing the equity market for suspicious selling in a few stocks on behalf of PN clients. But the decision was overruled by Securities Appellate Tribunal citing disparity in Sebi's FII regulations.

The Reserve Bank of India has long wanted a blanket ban on PNs: it makes managing capital flows easier. But Sebi and the finance ministry are against the idea. In part, no one wants the market to stop rising (most of its rise is based on FII flows), and second, bigger capital flows imply greater confidence in economic growth prospects. Why ruin a good story?

But if we indeed believe that ours is a great story, why not open up completely? Just ban derivative instruments such as the PNs and encourage direct entry, making the market more transparent. A blanket ban would reduce volumes in the immediate term, but the world can no longer ignore India and its markets.

During his visit, US President Barack Obama said India was not emerging, it has emerged. If it has, it may make sense to let the real investors emerge from behind the PNs into the direct light scrutiny by day, every day, in the markets.