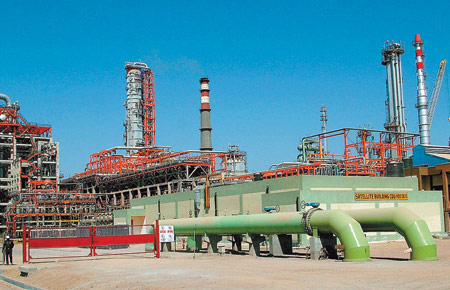 Corporate India's favourite fund raising vehicle, qualified institutional placements or QIPs, may soon dent the current stockmarket rally, fear intermediaries. The impending string of 30 QIPs that hope to mop up over Rs 40,000 crore can suck much liquidity out of the system, affecting further growth in indices besides throwing a wet blanket on the looming PSU disinvestment.

The interest for QIPs among investors is palpable. Issuers are finding the process relatively short as prices are market determined — which partly explains the successful issues of Unitech, Indiabulls Real Estate and PTC India — mostly taken to retire debt or fund ongoing projects. Large volatility can be expected closer to the launch of big QIPs such as Essar Oil's Rs 10,000 crore, Cairn India's Rs 5,000 crore, HDFC's Rs 4,000 crore and Parsvanath's Rs 2,500 crore as institutions may either liquidate their current positions to subscribe to them or divert substantial part of their equity allocation to these issues.

Big names from infrastructure and services have already lined up their issues to investors such as Citi, Morgan Stanley, HSBC, Sandstone Capital, T Rowe Price, Goldman Sachs, Macquarie Bank, and the Singapore government. "During the recent successful QIPs, most players created liquidity by selling delivery stocks of these firms. It's a negative scenario for the market as liquidity, to that extent, will be sucked out," says Kishor Ostwal, managing director of CNI Research.

Though foreign funds pumped in around $7 billion in less than 90 days, the market recovery was largely attributed to the insurance premium deployment and sustained buying by domestic institutions such as LIC. Foreign institutions, which initially sold heavily at varying prices, returned once the rally strengthened with new funds. "This large inflow points to an index of at least 17,000, but that has not happened. Clearly, QIPs are positioned to absorb funds from foreign funds meant for direct equity investments," says Amit Azad, director of Azad Financial.

Agrees Amitabh Chakraborty, president of equity at Religare Capital Markets, who says far too many QIPs would inevitably crowd out the secondary market, leading to a depressed valuation overall. "Bunching of QIPs is opportunistic, especially when the market has moved up 80 per cent since March," he says. However, Anil Kumar, CEO of Ansal Properties and Infrastructure, defends its Rs 1,500-crore QIP as an opportunity for growth for investors at a good valuation.

The sudden regulatory reaction — courtesy high speculative activity around stocks (HDIL, from year's low of Rs 62.50 in March 2009 to Rs 261 at present, and Parsvnath Developers, from Rs 30 to Rs 93.95) to gain better QIP pricing and the impending PSU disinvestment — promises to restore order. The QIP formulae pricing, being mulled by the Securities and Exchange Board of India — from a two-week moving market average to a 180-200-day moving average — may soon result in fewer QIPs, thus maintaining control over fund flows.

About 38 PSUs have been identified for disinvestment. Thus, the ensuing process may take longer. Going by the present valuation, a 10 per cent stake in these companies can fetch around Rs 1.4 lakh crore, if the Sensex is sustained around 18,000-20,000 points. "Thus, the government cannot afford to divert foreign funds to QIPs or debt," says a market source.

Abhay Bhalerao, director of Equirus Capital, however, feels that since the target market for disinvestment will be the high-networth and retail investors, the impact due to QIPs will be offset to an extent. "When multiple issues hit the market, quality will speak out loud."