Q And A: ‘Understanding Culture Is Important In Business’ 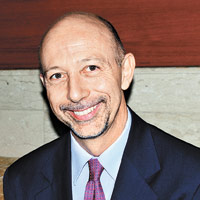 08 November, 2014
Print this article Font size -16+
Stefano Pelle, executive vice-president and COO, Perfetti Van Melle Group, South Asia, West Asia and Africa, speaks to Jinoy Jose P. on his new book ‘When Not In Rome, Don’t Do As Romans Do’, and why he thinks culture plays a key role in shaping businesses

This is an unconventional business book, mainly in the way it tells your story and mixes it with your business. Was it a deliberate approach?
No. It just happened. In my first book, I tried to focus mainly on the business aspects. But a friend from Pakistan who had read my earlier work asked if I could add more about myself to the book. She asked: ‘You are talking about Brics and emerging markets, and the business opportunities. But what about your own experiences?’ So I decided my second book should talk about my own direct experiences. I wanted it to be something that is more open and something that goes to all the public; and not just the business professionals and students.

Again, the book’s title, too, sounds fairly unusual. How did you get to it?
This was not my initial choice. But with the help of one of the creative executives with my agency (Ogilvy) we came up with this title and it really worked. It refers to the cross cultural issues that one can find while being in other countries. It basically tells people to try and adapt so as to have a ‘cultural intelligence’ kind of approach rather than sticking to your way of doing business. By the way, I am from Rome, so it makes perfect sense at that!

How important a role does culture play in building and expanding businesses?
It’s really huge. So many times, because of some wrong approach, businesses get stuck right at the negotiation stage. Companies are not able to get the message across to the other party due to the differences in the way they perceive things, ways of interaction, etc. If you start saying the wrong things and behaving the wrong way, then negotiations might just stop there. Suppose you manage to move on and start a venture, even then, at times, a slight deviation in cultural understandings can play havoc. Understanding the culture of the place you do business in is, hence, very important. For instance, today we tend to communicate very often through e-mails; this is a tricky way of communication because it is very cold, and can be very blunt, and that leads to really serious issues in understanding each other.

There is a famous anecdote about Korean Airlines. This airline had a moment in history where it experienced a number of crashes. Despite several enquiries, the management could not ascertain the reasons behind the crashes. The pilots were very good, the planes were new. After several investigations of the black boxes of the planes and recorded conversations between the crew and the control tower, and several similar things, they found out that the trigger was mainly a cultural issue. For two reasons. First, the crew and the pilots were completely Korean and their approach in their communication with the ground control was not assertive enough. In fact, in one of the recordings, it comes out clearly that the pilot was saying that they would really need to land because they were running out of fuel and the control denying entry saying they were in the queue. And then again, after two minutes, they approach the control room once again, with the same softness, to tell them that they were really running out of fuel. Even then the control room discourages them. Eventually, the flight crashes.

So, this was one problem with the airline. The other problem was, the language used between the pilot and his co-pilot reflected the social mores of Korean society. Which means the subordinate will never ever contradict what the superior says. That just doesn’t work in the equation between the pilot and the first officer. So when this company tried to revamp its model completely, what the new CEO did was to change the language of communication completely. English replaced their language for such situations. Secondly, they educated the staff about such issues by mixing pilots and co-pilots and finally they were able to solve the issue.
break-page-break

Did Perfetti Van Melle face similar issues in China, which also offers a lot of challenges in understanding the culture and social behaviour?
No doubt. Yes. I cannot comment more about that because I do not look after that market. In China, we are quite big. In fact, China, an operating company, is the one that sells the highest volume in the group, followed by India. But we have been there very long; like in India.

You came to India in 1998. And you have seen the way this economy has changed over the years. Can you give us a few examples of how you have reflected the transformation?
Well, I don’t think there have been a lot of improvements over time. Bureaucracy is still heavier. Yes, there have been ‘some’ improvements. But it depends. For instance, look at how Gujarat has improved substantially. So has Bihar. But this goes to the merit of the chief ministers of these states. There have certainly been improvements in bureaucracy; attitude towards foreign investors; definitely, more wealth coming in; but as we know, at times, there are wrong signals being given, especially with regard to foreign investment. For instance, the famous issue of foreign direct investment (FDI) in retail, which got approved partially, got blocked, and was approved again. The FDI is not handled in the ideal way. For instance, internationally, it did not give India a very good image. Eventually, we were at a good point, but it was not handled the right way. The government should try to be coherent. Investors look for a reliable and stable environment where they can work in a predictable way. The uncertainty in the air does not help at all.

In general, things are improving slightly, but we get it wrong on, say, infrastructure. We keep on building and building. An example is Gurgaon. When I arrived there over 15 years ago, there was nothing. Now you cannot recognise the place. There has been incredible development, except that several other facilities are still catching up. Transport is one example. Of course, it’s better than earlier with the metro coming in. But the number of buildings has gone up without any improvement in power or water facilities. So, I think the planning of infrastructure still needs to be improved. It’s evolving, yes. Another very clear example is, our first factory in Manesar on the Delhi-Jaipur highway, things have improved considerably, from a two-lane road years ago to what it is now.
That reminds me of the labour issues that hit the Manesar industrial belt recently, which, many say, had a lot to do with cultural factors. Have you come across any such issues?
We did have some. But not really acute. We did manage to find a good agreement with workers. We try to be as free as possible while dealing with workers. We do not have any so-called unions in here, but there are internal committees of workers. We normally have a good relation with them as we keep an open dialogue. Even internally, we have started discussing about such issues, but most of these issues are very specific and it’s difficult to generalise them. They need case-specific answers.

You have talked about the differences and similarities between India and Italy. Can you give us a few striking similarities between the countries?
Many, actually. An interesting one is the way Italians and Indians drive. The second is the way they queue, rather don’t queue. The third one is the role of the mother; particularly for the boys, the mother is like a goddess. But for moving out of the family, like in India, is much less in Italy. It’s happening now, but not much. For instance, in north Europe, children at the age of 18 are almost kicked out of their homes. But in Italy, that would be blasphemy! Much the same is the case in India.

India has huge potential. There are a lot of creative minds. In India, there are a lot of scientific brains. It produces a lot of engineers and graduates and similar professionals. So, if you could blend the entrepreneurial ability of Italy of creating small and medium enterprises with this, it would be great. Especially to what Italy has done in design and fashion, and blend this with Indian handicraft or the Indian engineering and mathematical brain, it would definitely create an explosive mixture of talent and invention.

Any examples from corporate culture?
Yes, many. But most interestingly, we talk a lot.

Italy has had a lot of financial troubles in the recent past. Are there any learnings for India in the way Italy managed its finances?
Yes, as a result of the turmoil, Italy has a technocratic government ruling the country in the past one year or so. It managed to do some things to improve the situation but ended up pinching the man on the street. It had to take some stringent measures. At times, politicians cannot reach an agreement. The lesson learnt in Italy, which could be applied anywhere, is that somebody from outside had to step in and at the moment different parties could say somebody is doing this for us and we are not going to lose our votes for that. That’s the issue basically. Most of the times, most of the political parties don’t want to take the responsibility for action so that they don’t become unpopular. So, when a third party, a technocratic government, does it, it becomes acceptable.

In your book you say complacency is the most common mistake many successful companies make. What’s the remedy?
The idea is that one should keep on looking at what he is doing without assuming that what works today will work tomorrow. A zero-base (like in budget) approach should be taken regularly when one starts a new year. There is a way of trying to avoid this kind of complacency. At time, it’s good to let some fresh blood come into the company; this can bring in some fresh objectives. If a company’s team is 10-15 years old, they can look at things only in a certain way. So this could be done through bringing in more people or through consultants. But consultants can be tricky as well; because most often they will tell you what you want to hear. That could be a little tricky.

You are in a business where you make people eat sugar. But there are a lot of campaigns across the world against sugar products as diseases such as diabetes are spreading. How are you looking at this?
It’s true. But in general, for example, we have some sugar-free products. But once again these products are not perceived the way they should have. They are still very much linked to diabetes and similar illnesses. But there are markets such as Italy or Russia where sugar-free products represent about 95 per cent of the overall market. In India, people don’t care much about it. In a way, our sugar products are meant for those who are poor and those who need some sort of energy, which is good.