Putting Up A Facade 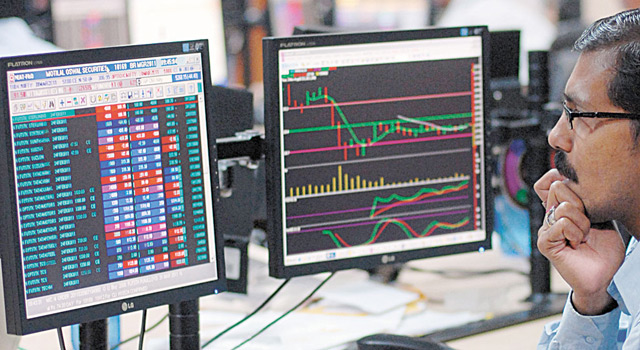 02 December, 2014
Print this article Font size -16+
Former National Security Advisor M. K. Narayanan stunned the investment world when he stated the possibilities of legitimate financial enterprises being used to fund terrorist activities in India. This shocking revelation sent shivers down the spine of brokers and bankers, who were busy cashing in on the glorious bull run of 2007.

That same year — towards the closing months — the then finance minister P. Chidambaram told the Rajya Sabha that his ministry was very close to nabbing a suspect who used stock markets to fund terror attacks in the country. The market buzz that followed lasted only a few days and the ministry’s hot trail went cold thereafter.

For laymen, this may seem like a plot straight out of a Hollywood script. But experts who know the ways of equity markets see possibilities of  ‘terrorist sympathisers’ routing hawala money into the market and trading on it.  The returns derived therein would be re-routed through the same hawala conduit to terrorist organisations. Such an arrangement would only need a conniving stockbroker, a few inactive demat accounts and some low-transaction bank accounts.

Such seemingly legitimate transactions are not only happening through equities but also through real estate, bullion and the very secretive precious stones market. According to media reports, African mercenaries still smuggle raw diamonds from war-torn provinces and sell them at deep discounts to traders in Surat. Over 25 per cent of Surat’s total diamond business, around Rs 14,000 crore, may well be ‘blood’ diamonds, these reports estimate.

Under The ‘Black’ Veil
A finance ministry white paper on black money (released in 2012) lists the possibility of IPOs (initial public offerings) being used to launder money for operators and unscrupulous promoters. This, according to market experts, may not be wholly true in the current context. “It’s not very easy to use stock markets to churn black money these days. Our markets are very well regulated; there are strong checks at every level,” says Kishor Ostwal, MD of market research firm CNI Research. “The new price discovery formula insulates the IPO market from price manipulation,” he adds.
That said, it is logically possible to route small sums of unaccounted money into stocks by ‘renting out’ demat and trading accounts. The operator passes small sums of money and transacts through hired accounts. The person renting out the trading account is given a fixed sum of money along with a small cut in trade profits. This method is also used to corner shares during an IPO.

Despite strict surveillance, price bands and circuit filters, equity markets, the world over, are vulnerable to price rigging and manipulation. It is no different in India with capital markets regulator Securities and Exchange Board of India (Sebi) logging as many as 140 cases of price rigging, manipulation and insider trading in 2012-13. Many a time, such deals involve use of shell companies or investors in foreign tax jurisdictions.

Depository Receipts To Rig Share Prices And Launder Money
According to market sources, there have been instances when promoters have made fake depository receipt (DR) issuances to manipulate share prices or convert black money in their possession. Promoters ‘employ’ bogus foreign institutional investors (FII)  and obscure financial institutions to complete such deals. Their modus operandi is simple. Mostly, the bogus FII/financial institution borrows money from second-grade offshore banks to participate in the DR issuance. The moment the first leg of the deal (selling of DRs) is complete, the DR issuer (the promoter) transfers the incoming funds to the bank from which the bogus investor borrowed.

The circuitous money flow spurs the company’s shares in the domestic market as its overseas equity (depository receipts) is sold at a premium. Once the stock price rises, the DRs are converted into local shares and dumped on unsuspecting investors. The bogus FII and bank participate in the fraud to earn a commission.

DR issuances are also made by promoters who want to bring back their unaccounted funds (stashed in foreign banks) to India.  In this case, the company funds (from its foreign accounts) the DR purchase made by the bogus FII. The money ‘received’ therein (a mere accounting entry for the company) is brought into the country as DR issue proceeds.

“Several companies have used the DR route to bring in their unaccounted funds. They simply call these issuances dummy DRs,” says Ostwal.

Dabba Trading And Over-Priced M&A Deals
Dabba trading, rampant in Gujarat and Madhya Pradesh, also involves money that is not captured in the system. The difference between an official and a dabba trade is that the legal one gets executed on the exchanges, whereas the illegal one exists only on the books of the dabba or the trader. It’s practically impossible to catch the money trail in a dabba trade.

Several companies also use the mergers and acquisitions route to reallocate their unaccounted money. Most of the time, they place equity with fake foreign investors to bring in funds from undeclared offshore accounts.

“The government’s intention to bring back unaccounted money is good, but it should focus more on increasing (fund) recovery than going after the tax evaders.  An amnesty scheme at this point will help the government increase its revenues through this route,” says Ashvin Parekh, managing partner at the eponymous advisory firm.

“The government can also create an investment instrument (like an infrastructure bond), which can be used by people with unaccounted money to invest — no questions asked. Amnesty schemes and investment schemes will complement the tight-fisted efforts taken by the government to reduce black money in the system,” adds Parekh.

Proliferation of parallel economies can only be curbed by putting in place a well-framed regulatory and legal dragnet. The success of any government intending to regulate the play of unaccounted money lies in not leaving many loopholes for unscrupulous elements to use.