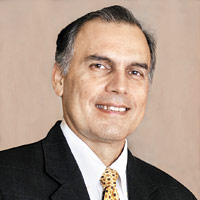 08 November, 2014
Print this article Font size -16+
In our previous essays accompanying this annual survey, we looked at two important Cs: capital and costs. We would now like to add one more C to this list: the customer. This is particularly relevant since this edition of the BW | Businessworld Best Banks Survey is set amid changes in the local regulatory environment and under the overhang of global developments in financial services.

Amid falling savings rates and continued high fiscal deficits, business growth projections by banks will need to be tempered since there has been a slackening in the pace of India’s gross domestic product growth. The cumulative impact of high interest rates, inflation as well as depreciation in the rupee has increased the risks in the credit portfolios of banks and the spectre of higher levels of non-performing assets/loans looms large.

The global situation of major banks as well as banking centres remains mixed. The latest Global Financial Stability Report by the International Monetary Fund indicates persisting stress in the European markets and a slow uptick in the US financial market. Now, markets across the world wait for the US to taper off its bond-buying programme sooner than later. Within the primary two Cs, capital (including cost of capital for a business) can become a weak link in the chain, and costs too need to be watched in tandem. Within each of the three classes (large, medium and  small) of banks that we have analysed, while the loss provisions for bad loans are more or less as per regulatory requirements, growth (in the past three years) in core fee (non-interest) income has been indicating an upward trend among mid- and small-sized banks. Growth in the net interest income has shown a similar trend, and the cost-to-income ratio has been brought close to Indian Banks Association benchmarks. Also, the average capital adequacy ratio across the industry is slightly above the regulatory benchmark. Therefore, while capital-raising and addition to tier-1 capital levels will continue, it’s important that NPAs as well as restructured assets are carefully monitored, and underlying assets (securities for these loans) are protected suitably from market value erosion. So, what are the key drivers expected to affect the banking sector in the near future?
1. Changing Demographics: This is where the third C comes in. With increased migration towards urban areas in search of a livelihood, it becomes incumbent upon the government to provide adequate infrastructure. Banks, in turn, need to address the requirements of a wider variety of clients, ranging from migrant labourers to the Gen Y (with an average age of 25-35 years) segments — each demanding different value propositions from banks. This C, thus, requires intensive attention and, subsequently, the entire ecosystem of a digital world comes in.

2. Technology: It will be a while before telecom firms set up banks in India (since the Reserve Bank of India, or RBI, supports a bank-led financial-inclusion model), but they do have a good grip on the customers within the banking sector. Thus, new business models have to draw upon innovative technologies such as the social media revolution. While this is exciting, it’s also fraught with risk, and banks are understandably slow on this uptake.

3. The War For Natural Resources: If the auto sector is a barometer of the consumer-spending appetite, banks have to be cognizant of industry trends since they support most of the retail sales of original equipment manufacturers. Thus, if there’s a shift in sales from vehicles heavily dependent on fossil fuels to alternative models such as hybrid or electric cars, banks need to be aware of the downstream effect on the various types of loan products, tenor of loans and attendant risks.

4. Interconnectedness Of Emerging Markets: With increased trade flows among emerging economies in South America, Africa, Asia and the Middle East, transaction flows through banks have to shape up accordingly. As a direct outcome, expansion by Indian banks into overseas centres needs to look at the Indian diaspora and also follow Indian corporate houses setting up shop in overseas centres. They also need to keep tabs on RBI’s guidelines for the ways in which foreign banks are expected to operate within India, so that they may take advantage of any new development. Espousing a strategy to de-risk its balance sheet makes good business sense for banks.

5. A Fulcrum Of Innovation? A frequently asked question is, when will India participate directly in international financial flows through an international financial centre (IFC)? While creating an IFC in India will need an alignment of regulatory tax as well as legal regimes to derive the benefits of the experience of global financial entities operating out of India, it may be worthwhile to look at best practices as well as governance models. So far, they have utilised local (Indian) talent in order to deliver services to their global customers, often supported by IT solutions developed within the country. With a set of new domestic banks expected to see the light of day over the next 18-24 months, the fulcrum of innovation will lie within the ability to understand the end-customer. Perhaps bringing in the ‘experiential’ element into customer propositions will help address the expectations of various customer segments. Such an approach can become a game changer in the near future. As far as financial inclusion initiatives are concerned, the name of the game, thus, changes from economies of scale to economies of access.

The steadily increasing middle-class segment in India (PricewaterhouseCoopers estimates a more empowered segment of around 400 million new additions — that is, the emerging middle — in the next couple of years) can power the need for value-added banking services.

Banks participate in most of the payment as well as settlement networks and, almost by default, have the best chance to intermediate between savers in the hinterland and loan seekers across the country. Besides, as an institution, they have the capacity to handle large volumes of public money. No wonder, the Indian regulator expects banks to virtually reinvent themselves and participate in the government’s inclusive growth agenda. Yet, the search for a sustainable and profitable model for the hinterland and unbanked areas of India is still proving to be elusive.

Looking at these aspects as well as the challenges of conducting a universal banking business, the regulator has taken stock of certain imperatives — such as the need for ring-fencing risks (and ultimately protect depositors) — and has given a preview of its vision of the banking sector. It has sought views on differentiated licensing, and tacitly taken on board the fact that the capabilities as well as the skill sets required to run a banking business are an outcome of the business model and inherent expertise of banks.

While a large number of banks may not be the answer to support the financial-inclusion model, it is certainly not everybody’s cup of tea to have a footprint in all business segments. It is possible to look at smart partnerships and alliances in order to manage set-up costs, and also explore the avenue of outsourced models. The strategy being, stay close to the customer and provide services and products using existing networks such as banking correspondents, non-governmental organisations, microfinance institution and telcos.

The strategic question will then be, is it necessary for banks to invest their resources in all necessary infrastructure set-ups, or should they enter into alliances instead, whereby a whole ecosystem is established, with each stakeholder playing a part and lending itself to better supervision and monitoring procedures. Apart from the regulatory guidelines and an overarching regulatory framework, it is equally important for players within the ecosystem to adopt a self-regulatory approach in their own interest.

From this year’s survey, looking at the overall scores, the pecking order indicates that the top 5-6 banks in each category were close to each other. While this may be taken as an indicator of the competitive intensity among these banks, we would like to bring in the consumer point of view next year, through a consumer survey, so as to analyse if there are any differences in perception among consumers when they look at banks.

In a rather commoditised sector proactively looking at globalisation, it is a bank’s treasury operations, the global trade finance products and the ability to help raise global capital (equity and debt) for its customers that will differentiate the boys from the men. Yet, with RBI now allowing foreign banks better access to domestic markets, it remains to be seen what type of innovation is brought in to help reach out to the unbanked and under-banked areas and meet the credit demand of the micro, small and medium enterprises/small and medium enterprises sector.

The Road Ahead
So, are there any sweet spots that local banks can look out for? The test of the coming years for local banks will be to attract a larger pie of domestic savings into the formal financial sector (banks, insurance and pension), and help dis-intermediate more effectively in a non-disruptive manner.

With India’s infrastructure story gradually panning out, banks are uniquely positioned to play a lead role within the economy, even though their asset-liability management mismatches may hinder the sector from taking on large direct exposures. However, an entire array of services is open to the banking sector, including participating in syndications, performance guarantees, project finance and cash management. It remains to be seen, from a position of strength and deep understanding of local markets, what will be the next frontier of growth for banks?

They need a clearer regulatory regime, support from the capital markets and a DNA, whereby they are willing to capitalise on smart alliances and partnerships. Size does bring in a trail of advantages to a bank, but it is a superior credit management system, a strong governance model and intelligent use of data and technology that will determine the new winners.