Putting A Price On Spectrum 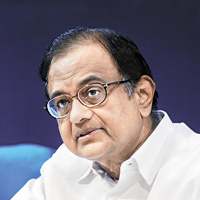 08 November, 2014
Print this article Font size -16+
The Empowered Group of Ministers (EGoM) on telecom did not follow the suggestion by the Department of Telecommunications (DoT); nor did it stick to the recommendation of the attorney general. It wrote an entirely new script on the issue of one-time payment for spectrum by incumbent operators. Now, the existing GSM operators will need to pay for spectrum above 4.4MHz for the remaining period of their licence. For CDMA operators, the base level is 2.5MHz.
This is likely to be put before the Union cabinet on 16 October.
That works out to a windfall of over Rs 27,000 crore for the government. While this will go a long way to meeting the government’s  target of Rs 40,000 crore, state-owned telecom service providers Bharat Sanchar Nigam Limited and Mahanagar Telephone Nigam Limited  will together have to shell out around Rs 7,400 crore. The impact on Bharti Airtel is Rs 4,649 crore, Vodafone Rs 2,988 crore, Idea Rs 1,868 crore, and Aircel Rs 269 crore.
This is by far the best decision that the EGoM could have taken, since all the telecom operators get a base of 4.4MHz to start services. In case it had opted for retrospective payment from when licences were issued, then the operators would have gone to court. Also, in case the base spectrum had been slotted at 6.2MHz, then the government would have had to provide an additional 1.8MHz to the operators that do not have the spectrum.
Even now, the chief of a large GSM service provider says that there is simply no case for the levy. Rajan Mathews, director general of the Cellular Operators Association of India, says, “There is no basis for a one-time fee as the allocation of spectrum was on subscriber-linked criteria.” That policy meant newer operators with fewer subscribers got lower spectrum than the incumbents. It seems unlikely that any operator will move court over the one-time fee.
So, do the operators have a choice here? Well, one way to reduce the burden would be to go ahead and surrender the spectrum. As things stand, incumbent GSM operators are unlikely to surrender spectrum since many of their licences expire over the next two to three years. In sharp contrast, the CDMA operators have licences that come up for renewal from 2017 to 2024.
This could well be the time that CDMA operators look to surrender spectrum. Dual technology operators such as Reliance Communications (RCom) and Tata Teleservices (TTSL) largely have 4.4MHz of GSM spectrum, barring the seven circles where RCom has 6.2MHz. However, in CDMA, RCom has more than 2.5MHz of spectrum in 18 circles (5MHz in nine circles and 3.75MHz in another nine); while TTSL has 5MHz in four circles and 3.75MHz in nine others.
Moreover, over the past 12 months, the focus of these companies has been more on GSM than CDMA. As a result, TTSL saw its CDMA subscriber base fall by 13.5 million to 29 million, while the GSM base increased from 46 million to 53 million. The two companies together have to pay over Rs 7,000 crore as the CDMA spectrum is priced at 1.3 times the GSM price. While TTSL has a debt of close to Rs 20,000 crore, RCom already has a debt of Rs 38,000 crore on its books.
With some degree of clarity on telecom policy emerging, this could well be the time for operators to go ahead and clean up. Unless, of course, they are willing to pay more to the government.
(This story was published in Businessworld Issue Dated 22-10-2012)
Tags assigned to this article:
magazine business top 1 telecom dot anup jayaram government mtnl egom aircel telecom operators bsnl union cabinet telecom service providers magazine 22 october 2012 gsm service cdma operators