New Delhi [India], December 3 (ANI): A local kabaddi team from Shaheed Bhagat Singh Nagar district of Punjab on Thursday reached Singhu at the Delhi-Haryana border to join in the farmers protest.
"All the players have come together to support our farmers. We're all daughters of farmers and this is the time to show solidarity with their cause. We play on the same soil where these farmers sow seeds. Therefore, everyone must come together in this fight for the farmers' justice," Jaskaran Kaur, team coach, told ANI.
Eleven players of the Kabaddi team arrived on Wednesday at the protest site to support the farmer unions in their struggle to get the three farm laws scrapped by the central government. 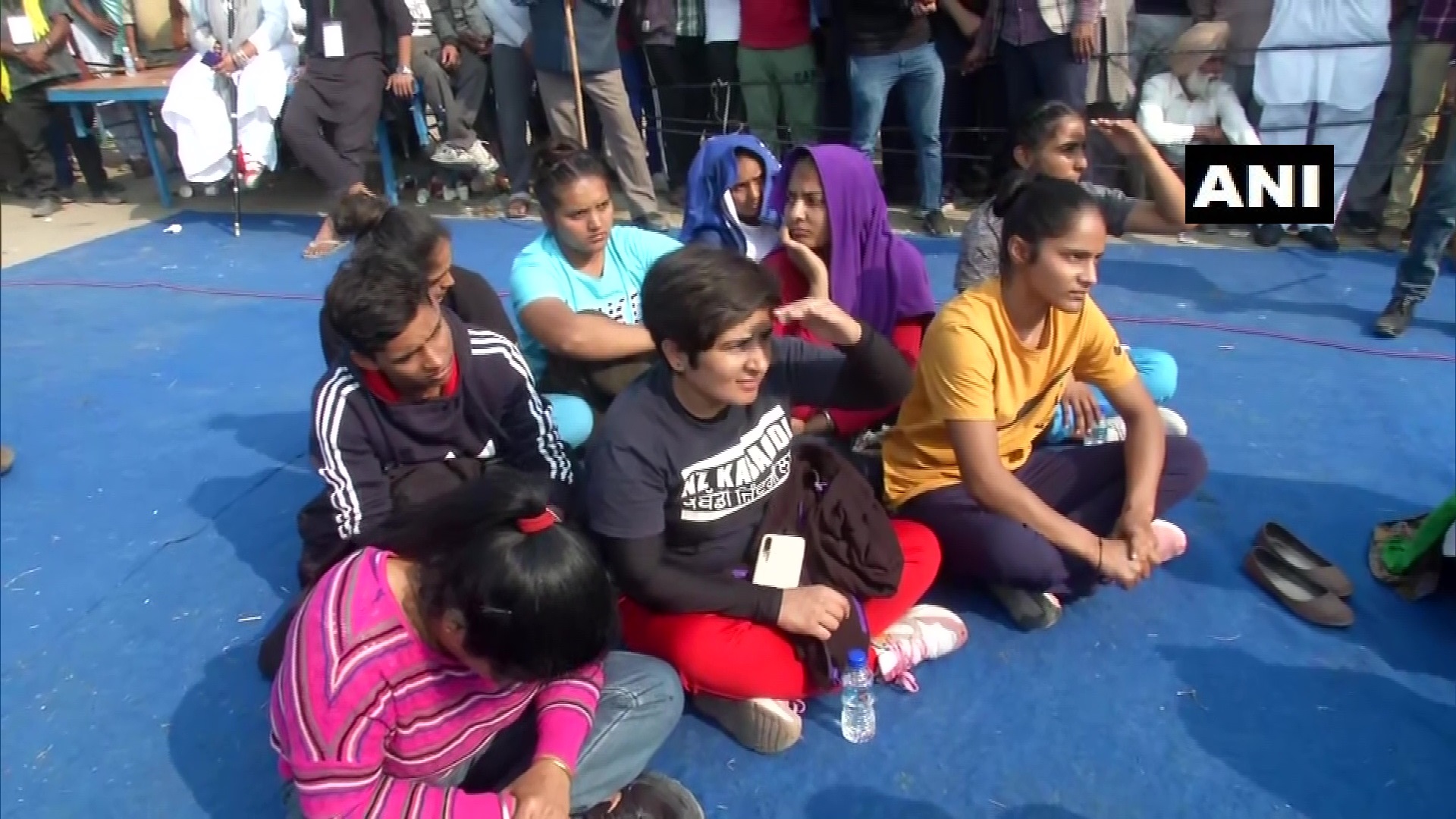 "Farmers are simply demanding their rights from the government. It won't make sense for us to practice our sport, at this time, on the same soil for which our farmer brothers have been protesting for days now. Their demands must be adhered to," Simranjeet Kaur, a kabaddi player, said.
Earlier today during a break in the fourth round of talks with the Centre at Vigyan Bhawan, farmer leaders refused to accept tea or food offered by the government.
Before the meeting, the Union Agriculture Minister while talking to media persons hoped that the fourth round of dialogue will bring some positive outcome to the farmers' issues.
"Government is constantly discussing issues with farmers. Today is the fourth round of talks and I'm hoping for a positive outcome," said Tomar.
Notably, farmers have warned that Thursday's talks are the "last chance" for the government to take a decision on the laws.
"Thursday is the last chance for the government to take a decision to repeal the laws. Otherwise, this movement will become huge and the government will fall," Pratibha Shinde of the Lok Sangharsh Morcha said.
Two farmers, who were participating in the agitation died on Wednesday. Punjab Chief Minister Captain Amarinder Singh announced financial assistance of Rs 5 lakhs each to the families of the farmers, hailing from districts Mansa and Moga respectively.
The farmers are protesting against The Farmers' Produce Trade and Commerce (Promotion and Facilitation) Act, 2020, The Farmers (Empowerment and Protection) Agreement on Price Assurance and Farm Services Act, 2020, and The Essential Commodities (Amendment) Act, 2020. (ANI)