Puducherry [India], February 22 (ANI): Amid a political crisis in the Union Territory, a floor test in Puducherry Assembly is set to take place today as per directions of Lieutenant Governor Tamilisai Soundararajan.
"I am supporting the existing government. I don't want to change my opinion. I think the existing minister will not have majority support in the assembly," said V Ramachandran, Independent MLA (MAHE constituency) at Puducherry Assembly.
Puducherry Chief Minister V. Narayanasamy has reached the Legislative Assembly to take part in the much-awaited floor test. 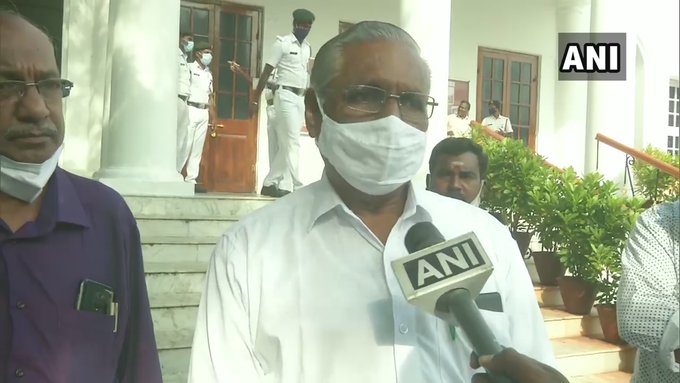 "We are going for the floor test today. Till now, we have the majority," said RKR Anantharaman, Chief Whip Puducherry.
This comes after two Congress MLAs A John Kumar and Lakshmi Narayanan and DMK MLA K Venkatesan resigned from their Assembly membership.
Earlier, the Lt Governor ordered a floor test in assembly on February 22. Puducherry is going to Assembly polls later this year. The dates are yet to be announced.
On Sunday, Chief Minister V Narayanasamy held a meeting with Congress and DMK MLAs to discuss further strategy.
Briefing the reporters, Narayanasamy had said, "I held a meeting with ministers, MLAs of Congress and DMK, MPs and other party leaders today. We discussed the strategy to be adopted in the Legislative Assembly tomorrow. We have decided to disclose our strategy on the floor of the House." (ANI)