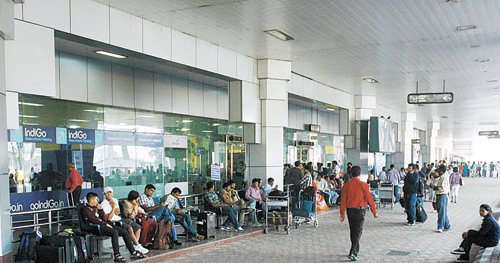 
AAI officials said their airports would provide services similar to the private airports but at a much lower cost. They said that some of the private airports had built very large infrastructure that was not immediately needed and that a phased development may have been a better approach to avoid the kind of losses they claim they are making. "Hyderabad, for instance, was in my view premature. The traffic did not justify such a large set-up with such high costs.Therefore, one can expect them to make losses," said one official.

In contrast, in Chennai, the existing domestic terminal has already reached saturation since the traffic is higher than the handling capacity. The new terminal built by AAI is meant to cater to 10 million passengers and will reach saturation by 2017-18. The state is planning a new green field airport after 2018 to cater to traffic demands.

While the look and feel of the new terminal built by AAI in Chennai is remarkably similar to that of the private airports, the final proof of the pudding will be in the eating. It remains to be seen whether the AAI staff and employees will cooperate to create a facility that is as efficient and smoothly run as the private ones. Going by their past record, one can't blame the travelling public for being sceptical.