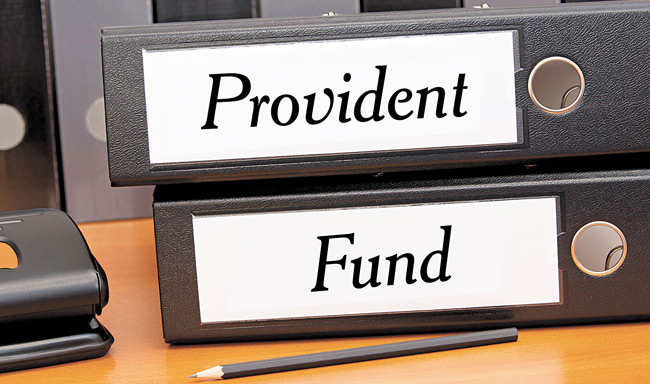 The Employees’ Provident Fund Organisation (EPFO) is thinking of laying down a few rules that it believes will ensure better security for its depositors when they are old and grey. For one, it is planning to put a stop to 100 per cent withdrawal from the PF account before the age of 58. And as a corollary, it is mulling capping the number of times one can apply for withdrawal.

At present, EPFO rules allow depositors to withdraw the entire sum from their PF account if they are not employed for two continuous months. Also, there is no cap on the number of times an employee can withdraw from his PF account.

In order to discourage premature withdrawals, the EPFO had recently issued a notification introducing tax deduction at source (TDS) for withdrawals in case of accounts that had a balance in excess of Rs 30,000 and where the employee had been in service for less than 60 months.

Now, EPFO, which comes under the Ministry of Labour, says it wants to hold on to at least 25 per cent of the contributions made to the Provident Fund in the name of old age security. According to K.K. Jalan, the central provident fund commissioner, the provision of 100 per cent withdrawal at any time is misused to a large extent. “If we continue allowing 100 per cent withdrawal under various categories, which are generally planned events, it will defeat the purpose of retirement savings,” he says.

Perhaps, there is more to it than meets the eye. Of the 13 million claims pending with the EPFO every year, over half are for 100 per cent withdrawal. According to one theory, by allowing only 75 per cent of the corpus to be withdrawn, the number of claims could be brought down to a manageable five million every year.

Obviously, the trade union activists are opposed to such an idea. Ashok Singh of the Indian National Trade Union Congress says the money is 100 per cent earned by employees. So if the government takes a decision to cap PF withdrawals, it should increase minimum wages as compensation. “The PF money comes in handy in emergencies. Instead of allowing us to use our own funds, why does the government want us to borrow from banks or moneylenders,” asks Singh.

It’s very easy for EPFO to do what it wants; a simple notification is enough for it. It is making a case for capping withdrawals from the PF accounts on two counts. One, the cap will help in maintaining the continuity of the Universal Account Number which is provided to each PF subscriber. Two, it wants PF subscribers to use it as an old-age security and not like a regular savings account. But do we have a say in this? Perhaps not!