Protests in Bangladesh's cities against China, Pakistan for persecution of minorities

Protests in Bangladesh's cities against China, Pakistan for persecution of minorities

Dhaka [Bangladesh], December 10 (ANI): On the occasion of Human Rights' Day, hundreds of people hit the streets of Dhaka and Sylhet to protest against China and Pakistan for persecuting their minorities.
Demonstrators raised slogans against Chinese treatment of Uyghur Muslims and Pakistan government atrocities against Baloch people.
They held placards and waved Bangladesh flags. Some of the placards read: 'Pakistan stop Baloch Genocide', 'China, Stop Harvesting organs of Uyghurs'. 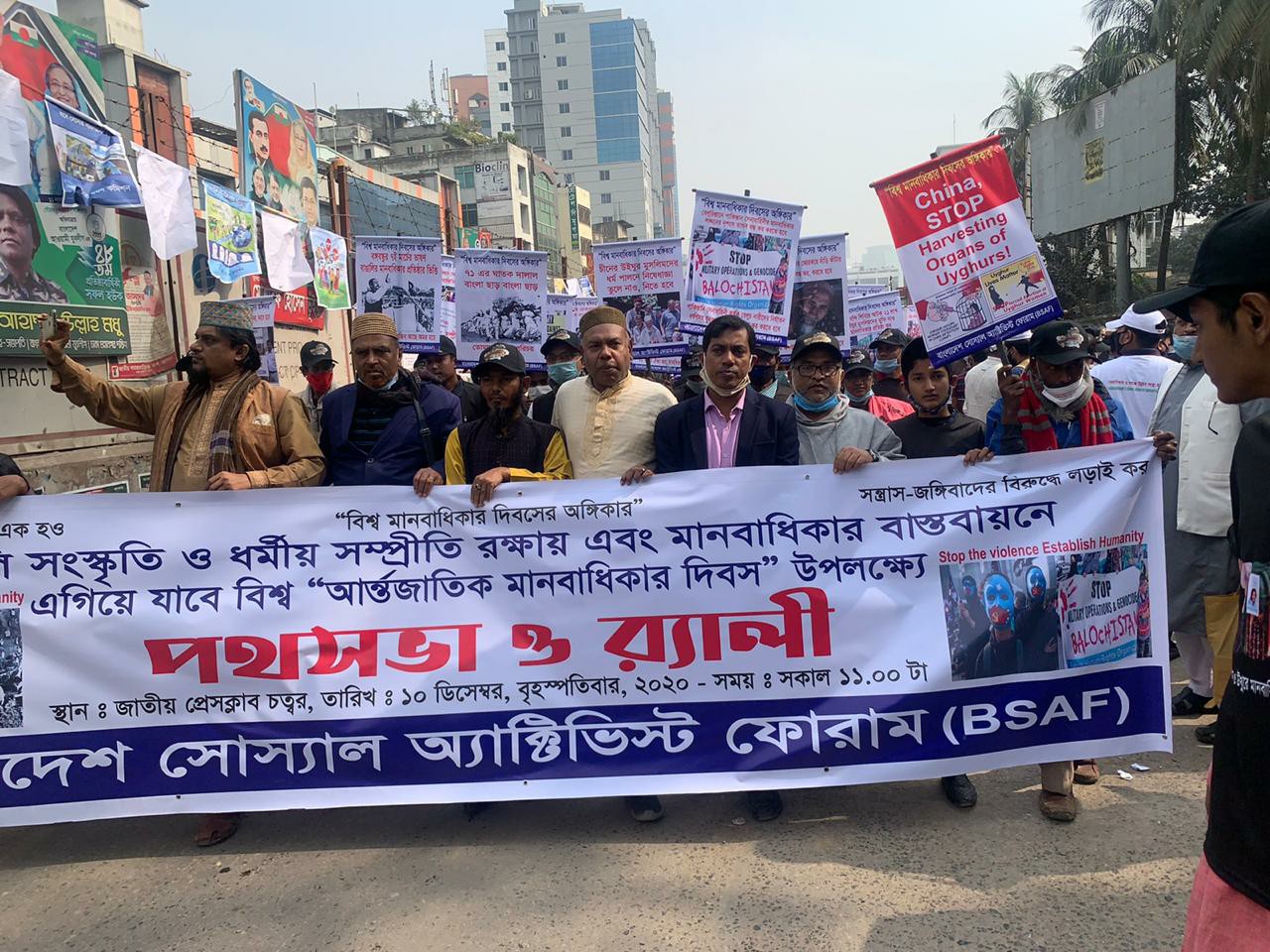 The protests were held on Human Rights Day. It is observed on December 10-- the day the United Nations General Assembly adopted, in 1948, the Universal Declaration of Human Rights (UDHR). 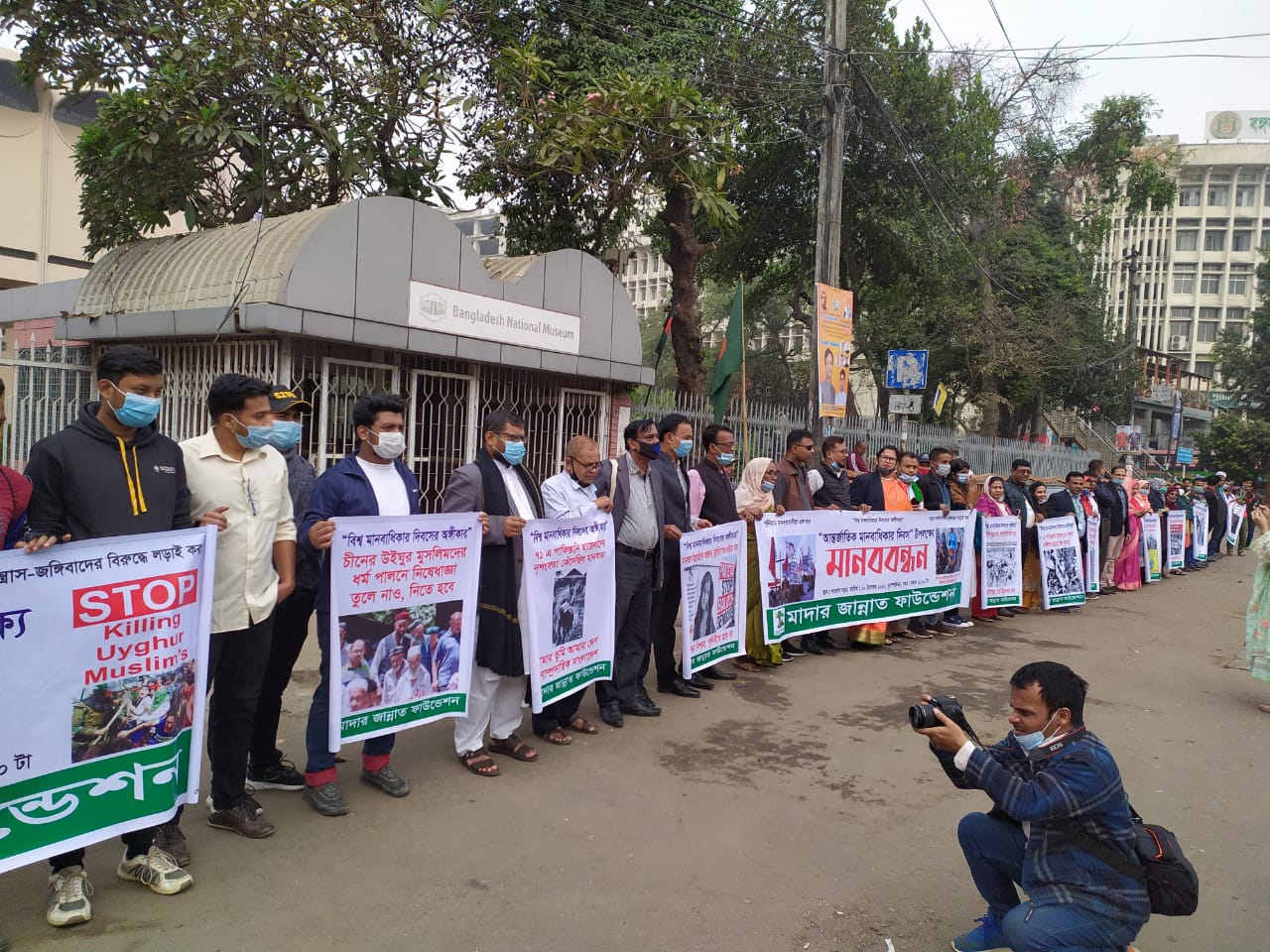 Balochistan is a resource-rich but least developed province of Pakistan where a movement for freedom is ongoing for the past several decades.
Many Baloch believe that the region was independent before 1947 and was forcibly occupied by Pakistan. Pakistan Army has launched several operations in Balochistan and has supported criminals, whom locals call "death squads".
A large number of political activists, intellectuals, women and children in Pakistan's Balochistan province are victims of enforced disappearances by the security agencies.
Many of them are languishing in detention centres whereas mutilated bodies of some of these abducted Baloch are found in isolated places.
Meanwhile, China has been condemned by countries and human rights experts over its policies in Xinjiang where a large population of Uyghur minorities is detained in re-education camps.
A sizeable Muslim population in Xinjiang has been incarcerating in an expanding network of "political re-education" camps, according to US officials and UN experts. However, China regularly denies such mistreatment and says the camps provide vocational training.
People in the internment camps have said they are subjected to forced political indoctrination, torture, beatings and denial of food and medicine, besides being prohibited from practising their religion or speaking their language. (ANI)