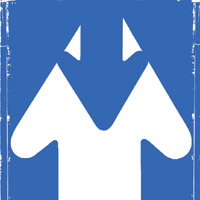 08 November, 2014
Print this article Font size -16+
As the curtains came down on fiscal 2012-13 on 31 March, CEOs, economists, researchers and analysts hoped that they’d already seen the worst there was to see on the economic front: high interest rates and inflation, coupled with dying consumer demand and industrial activity and the weakening rupee playing havoc with their financials.

With Q4 2012-13 results just weeks away, you would expect corporate India to be vying for a splash of red on balance sheets. Not quite. If the unaudited results of the first nine months (Q1, Q2 and Q3) are anything to go by, look out for surprises. India Inc. has shown amazing preparedness and remarkable resilience in dealing with the ongoing slowdown.

A BW | Businessworld analysis of 2,845 companies that have declared results for the first three quarters of FY2012-13 shows that even though their topline grew just 11.09 per cent (against 24.8 per cent last year) during the period, profits have surprisingly grown 4.5 per cent as against a drop of 13.37 per cent in the first nine months of the previous fiscal, when they were probably caught unawares. Clearly, growth was the priority last fiscal — mostly at the expense of profitability. However, faced with slowing demand this fiscal, corporates sacrificed growth to conserve cash and keep their accounts healthy and profitable.

“Last year, corporate India began bracing itself for a slowdown. Well-managed companies saw it ahead of the curve. They really tightened their belts. There has been a huge effort throughout to prepare for it. That has paid off,” says Dun & Bradstreet India’s president and CEO Kaushal Sampat. “There was cash conservation. Lots of companies are sitting on piles of cash.”

“Hiring stopped, travelling was cut down, business class travel became economy class and Inc.rements and investments were deferred,” says Issac George, director of finance and CFO of GVK Power and Infrastructure. His company got caught in spiralling project costs as the government dilly-dallied on fuel supplies to power plants, and highway toll collections fell. It reported a net loss of Rs 121.57 crore in the first nine months of 2012-13 as against a profit of Rs 34.99 crore in the previous fiscal.

But sectors such as FMCG, financial services, technology, trading, even auto, weren’t so badly affected. Mahindra & Mahindra and Maruti Suzuki reported net profit growth of 22.91 per cent and 15.80 per cent, respectively, in the first nine months; Tata Consultancy Services an impressive 37 per cent; ICICI Bank 31.95 per cent; and Hindustan Unilever 45.39 per cent.

Much of it was thanks to an all-round effort at financial management across industries. Total expenditure, which was growing at around 3 per cent higher than the topline in FY 2011-12, was contained to 0.50 per cent higher than the topline. KPMG India’s deputy CEO Dinesh Kanabar says every company is looking at costs and one of the major assignments that organisations such as KPMG are being called for is to manage expenditure.

“Topline is not resulting in equivalent bottomline because the interest rates are not cooling off,” says KPMG’s Kanabar. Growth in interest payout for the sample only fell marginally from 40.9 per cent to 31.7 per cent.

What To Expect In Q4?
So what do the first nine months’ results portend for Q4 and fiscal 2012-13 as a whole? By all accounts, Q4 will be worse than the fiscal growth and profits so far, taking down significantly the 11.09 per cent topline and the 4.50 per cent bottomline growth.

“The last quarter may be marginally worse. Most people hold back discretionary spend and capex,” says KPMG’s Kanabar.

“This quarter (Q4) won’t be exciting. Companies still don’t have much momentum as banks haven’t yet passed on the benefits of rate cuts,” says Jagannadham Thunuguntla, head of research at equity research firm SMC Global Securities.

GVK’s George was convInc.ed that banks were unlikely to lower interest rates until 31 March because they had to close the fiscal on a high. But interest rates are not the only bugbear. Consumer demand is petering out sInc.e sentiment has taken a beating. Employee morale is low. The rupee-dollar fluctuation is keeping importers on tenterhooks and capex is down to a trickle. “It’s hard on companies. This is now reflecting on topline growth. People want to defer investment decisions,” says Atul Dhawan, partner at Deloitte Haskins & Sells. With capex on hold, growth in depreciation for the sample has fallen from 14 per cent to 6.4 per cent.

The biggest impact of capex deferment, of course, is going to be on India Inc.’s inability to take advantage of a surge in demand whenever the economy does turn around. “Capex is at an eight-quarter low. It will have a long-term impact. Once a capex cycle is broken, it takes a long time to get back the momentum,” says SMC’s Thunuguntla. “All kinds of spending are stalled. It will be a problem next year when we need the growth back,” says Sampat.

The Silver Lining
Things were bad, but they were not so bad for India Inc., after all. So, analysts are beginning to see a silver lining in companies’ slowdown management. “Is this some kind of maturing of the Indian economy?” asks Deloitte’s Dhawan. “Corporates are better prepared this time. They aren’t living on hope,” adds KPMG’s Kanabar.

“Corporate India has become adept at a flexible model — take cost out of the system, handle demand and supply — while they hunker down,” says D&B India’s Sampat. “The impact on cost management shows in profits.”

Emerging wiser from the recurring bouts of slowdown, India Inc.. is, perhaps, better prepared for an extended trough. But even the best among them are hoping that rather than extending, the trough gives way to an uptick in 2013-14. As GVK’s George says, “What comes down, must go up again.”

But for every person who is hoping against hope for 2013-14, there’s one who isn’t. “Next fiscal will be equally challenging, unless the RBI (Reserve Bank of India) brings in convInc.ing rate cuts, which I doubt it will,” says SMC’s Thunuguntla. “Inflation and rupee weakening are still creating challenges.”