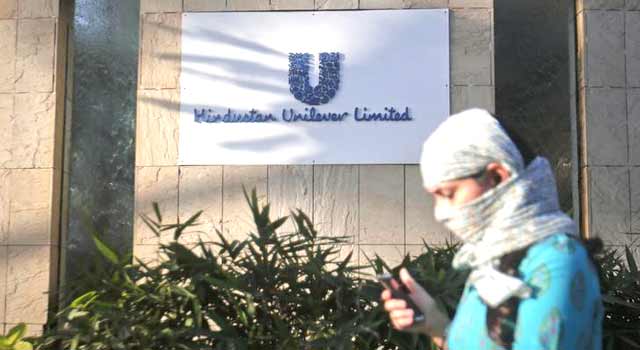 14 October, 2015
Print this article Font size -16+
Hindustan Unilever Ltd, India's largest consumer goods firm, said price cuts for key products including soaps and detergents dragged down its profit in the second quarter, missing market estimates despite improved sales.
Grappling with weaker demand in rural India, the Indian unit of the Anglo-Dutch consumer group Unilever Plc had slashed prices for items like its Lux soap — part of a segment which accounts for nearly half its revenue.
That helped drive sales volumes up 7 per cent and revenues up 5 per cent, but hit the bottom line, the company said.
"We don't see a substantial step up in rural growth compared with what we have had in the past," PB Balaji, the company's chief financial officer told reporters on Wednesday (14 October).
HUL, seen as a barometer of Indian consumer sentiment, has been under pressure in recent quarters. Demand from India's villages contributes about 35 percent to its total sales, but a weak monsoon and rising food prices have squeezed households.
Balaji said he expects future growth to be driven by volume, as raw materials have become cheaper in recent months.
The maker of Lipton Tea and Dove shampoos posted a quarterly net profit of Rs 962 crore ($147.9 million), down from Rs 988 crore a year earlier. Net sales climbed to Rs 7,820 crore.
Analysts on average were expecting a profit of Rs 1,043 crore, according to Thomson Reuters data.
Analysing the company's results, Emkay Research said: Company reported subpar revenue growth impacted by price de-growth and fiscal impact, however volume growth was healthy. Gross margin gains were offset by higher other expenditure thus impacting EBITDA margin vs expectation. Hereon, growth in urban categories (personal products) and volume uptick is essential to improve earnings growth to double digits. We currently have Hold rating on the stock with target price of Rs 830. We shall review the numbers post conference call.
According to Ritwik Rai, Analyst, Kotak Securities: “HUL’s 2QFY16 revenues were in line with our estimates, with volume growth slightly ahead of our estimates. Gross margin expansion lagged estimates on (higher than expected) price deflation, and advertising and promotion spends (up 24% y/y) came in higher than estimates – resulting in 6.5% miss at the EBITDA level. PAT before exceptional items has come in 3% below estimates. Personal products profit growth continues to be healthy; however, the decline in profits of soaps and detergents has been a negative surprise.
Weak growth in the soaps and detergents segment, along with margin declines, is likely to persist over the coming quarters. We expect to revise our earnings estimates downward by 3%-5%. Current trends in the sector indicate that recovery (in volume growth) may be delayed by another 2-3 quarters – as such, we think that current valuation of the stock (34X-35X FY17 earnings) may have scope for correction. We would look for better entry points in the stock.”
Tags assigned to this article:
hindustan unilever company results fmcg soaps Detergents