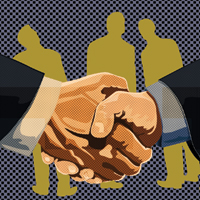 A good piece of legislation introduced recently is now being strengthened. The Limited Liability Partnership (LLP) Act, 2008, was seen as a major reform when introduced, but it had one big weakness: the path for partners to exit LLP firms or dissolve them was an uncertain one, and was very likely to end up in High Courts. Now, the nodal ministry for the Act, the Ministry of Corporate Affairs (MoCA), is understood to have taken the first steps to address this issue. A ministry official told BW that the file has been sent to the law ministry for study and suggestions. "We expect this set of notifications to reach us anytime in September, and then it would be notified," he said, assuring that by next month-end, the new exit rules would be made similar and ‘easier' than those proposed in the Companies' Bill.

The LLP Act, enacted last year, was published in the official gazette this January, and notified into law on 31 March 2009. Earlier this month, MoCA also sent letters to chief secretaries of all states and union territories to make provisions for the reorganisation of LLP firms and companies in their states' laws and regulations. "All the provisions have been made to ease the functioning of LLPs," says the official. Till 19 August, as per MoCA data, 123 companies have been registered under the LLP Act.

LLP firms have elements of both partnerships and companies, and combine the limited liability benefits of a company with the flexibility of a partnership. Apart from permitting professionals such as lawyers, chartered accountants and venture capitalists to form limited liability partnerships, the LLP Act also allows conversion of existing partnership firms, private limited companies and unlisted public companies into LLPs by registering with the Registrar of Companies.

Even as it was hailed as a path-breaking piece of legislation, the Act was roundly criticised by analysts and industrialists for two reasons. One, there was a suspicion that LLP makes it easy for foreign professionals to work in India. Foreign degree-holding lawyers, chartered accountants, etc. were not allowed to practise in India as their degrees are not recognised by the governing bodies, but the lobby believes that foreigners can easily enter the market as a partner of an Indian counterpart.

And two, the Act was pilloried for its weak exit clauses, and for not notifying the norms for shutting down limited liability firms. "The present law is like the ‘chakravyuh' in Mahabharata — where you have an easy route to enter, but when you want to move on or exit, the rules become static and dark," says Pradeep  K. Dhingra, a Delhi-based chartered accountant, adding that LLPs are primarily meant for professionals who, after completing particular assignments, would like to move on. But the exit clauses would have to be strengthened for more such firms to be formed.

In comparison, a company, as per the Companies' Bill, can be wound up either by a tribunal or on a voluntary basis. Voluntary winding up can be done by passing a resolution in a board meeting that declares that the directors have made full inquiry into the affairs of the company, and either the company has no debt or the debts would be cleared by selling its assets. However, a tribunal is needed when a company is unable to pay its debts, had conducted its affairs fraudulently, or if the company had acted against the sovereignty of the country. It is also needed if the company has defaulted in filing its financial statements, annual reports or other statutory statements.

According to the MoCA official, the procedures for exiting or dissolving an LLP would be much easier, and disputes could be addressed in the proposed National Company Law Tribunal rather than going to High Courts.
That is good news for LLP firms.