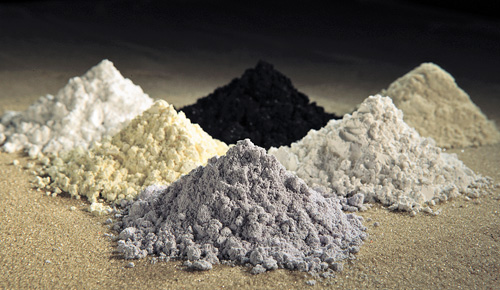 In 1992, Chinese premier deng xiaoping made a statement that most people in India would now have forgotten: "There is oil in the Middle-East; there is rare earth in China." Oil transformed the Arabian Gulf into one of the richest places on earth. Rare earths are now providing China with a market monopoly and a dominant position in modern technology, and this is forcing on the rest of the world a near-complete dependence on China for a vital resource. Now, as China reduces exports to negligible levels, a market opportunity is opening up for India.

Rare earth metals are an important part of modern technology. They are found in permanent magnets, which are behind our ability to make smaller and smaller electronic gadgets. Green technology would be impossible without these magnets; they are used in modern wind turbines, CFLs, digital cameras, flat-panel displays, hybrid cars and many such products. Rare earths are also used in catalysts widely needed in refining and other industrial processes. They are important in many military applications as well. However, the world is entering an era of shortage in this vital resource.

This important group of metals is not rare as the name implies, but exists in concentrated form only in a few countries. China has the largest deposits, about 60 per cent of the world total. The CIS, mostly former Soviet republics, has about 13 per cent, the US 9 per cent and Australia 3.7 per cent. India has 0.8 per cent of the world deposits, but it is enough for it to build a sizeable global business. This is what the government plans to do by next year. State-owned Indian Rare Earths, which is under the Atomic Energy Commission, is planning to start production of 5,000 tonne rare earth metal oxides from next year. At present consumption levels, it would be about 4 per cent of the world production. At present prices, it would fetch the Indian firm Rs 150 crore. It could also give the world an alternative source of rare earths.

India was producing rare earths till 2004, by which time it became impossible to compete with Chinese prices. By then, most other countries had stopped production. Deposits of rare earths in India are found in the beaches of southern Kerala. However, there is a vital difference between Chinese and Indian rare earth deposits. China has both light and heavy rare earths, while India has only the light variety. Light rare earths are found in combination with the radioactive thorium and, hence, its extraction is hazardous. There have been several reports of young people getting cancer in China due to radioactive contamination. Due to their size and geographical dispersion, China had found it difficult to monitor its rare earth units.

The Chinese strategy is to stop exporting the raw material, while exporting finished products. This would help its industry, but would make things difficult for technology industries in other countries. The domestic demand in China is also rising rapidly. By 2014, say analysts, global supply would fall short of demand by about 20,000 tonne. This is also why the US is now reviving an abandoned mine at Mountain Pass in California. There could be a sweet spot for India, if it plays its cards well enough.