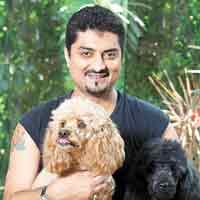 Young Talents
Among the younger talented artists, you don't have to be a big name, but there are many brilliant creative people around. From the costume jewellery world, there is Eddie Borgo, who started in 2002 and is well known for his coveted cone bracelets which took rebel chic to another level. Then there is Alexis Bittar and our Indian Mawi. Plus, there is the more precious lot like Stephen Webster, Luz Camino, Cathy Waterman, Loree Rodkin, Ippolita and Ted Muehling.

Unfortunately nowadays, what we tend to see is copying — what I mean by this is that the Eastern lot (of artists) copy a lot from the western greats. There are a few like the superb Hong Kong artists who are brilliantly unique and evocative. If you go by jewellery, our eastern Indian tradition is very unique. But here too, when the artists try to be European, it becomes more of an imitation.

The traditional western jewellery houses were taken in by India during the 1920s and 1930s. That spawned a movement with Indian jewels and Indian stones. This included the legendary tutti fruitty collections from Cartier, Boucheron and Chaumet's work on kalgis and sautoirs. The interplay of stone, setting and colour reflected a major Eastern revival. There has not really been much more since then. Of course, we include the whole Occidental movement of the Far East, which was a huge player in design. The West was taken in with the whole Chinese and Japanese aesthetic as well.

Even today when it comes to jewellery, investing in gold — especially for the middle classes — is still huge. And sensibly so. It is on the up and up. I don't think that is ever going to die out. Are people here brand conscious?
You tell me!

My Personal Favourites
My personal favourite Indian collections have to be the following: those from Kapurthala, Jaipur and Patiala for their royal grandeur and majestic appeal. The royal houses were famed for taking loose stones with them abroad and having the great masters work them into pieces of great importance. Cartier, Boucheron, Chaumet, etc. were apparently gobsmacked by the quality and sizes of these natural stones and were entranced. They could not get enough of them and created absolutely visionary pieces, spawned movements and are now in the annals of history. The royal houses of Kapurthala, Patiala, Hyderabad, and Holkar were, and remain, the great bastions of titanic design and an aesthetic that can't be matched. Plus, there are many families apart from the royal ilk who have great collections including the Duchess of Windsors, Elizabeth Taylor, and icons such as Marjorie Merriweather Post.

What I love is unique individuality. Too many poseurs are not too inspiring. And luckily, there is a surfeit of talent, and one gets inspired often. What inspires me most is that whether you are on the streets in New York, or at Collette in Paris or Dover Street in London, or in the gali's of Jaipur, inspiration is plentiful.

Having said that, who truly works my every nerve in the best way possible is some of JAR's work.