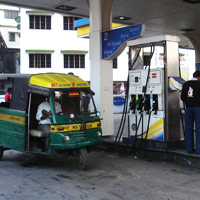 08 November, 2014
Print this article Font size -16+
The UPA government’s decision to double the price of all domestically produced gas to $8.4 per mmbtu has sent the power sector in a tailspin. Experts fear that the hike is going to increase the cost of electricity to end-consumers and consequently, deter any investment in the gas-based power projects, which forms 12.43 per cent of total power produced in India.

An impact report prepared by India Ratings has estimated the fuel cost per unit for gas-based power units to increase by 9 paise/kwh on the total Indian power generation of 912 billion kwh when the hike was predicted to be around $6.775/mmbtu. However, with price hiked to an almost double level "expect the impact to be around 15 paise per kwh", says Salil Garg, Director Corporates at India Ratings. In absolute terms, it is going to result in an additional burden of about Rs 12,700 crore annually on the Indian power sector. Add to it, any possible further depreciation of rupee against dollar and this burden could to fall anywhere between 10 and 12 per cent. “With this hike, it would be difficult to revive the interest of the industry in gas-based units,” says Garg.

Out of the total 2,25,133 MW capacity in India, gas-based capacity stands at around 28,000 MW. Out of this, 15,000 MW has not even been commissioned due to non-availability of gas even for testing purposes. The rest of the capacity is either completely stranded or running at sub-optimal level of below 40 per cent Plant Load Factor (PLF).

“This hike has completely kicked out the gas-based power market. No one in their right mind is going to set up gas-based units now,” says Ashok Khurana, director general, Association of Power Producers.

Earlier, the power ministry had expressed reservations  for any hike in gas prices beyond $5 per unit. The minstry feared that any more increase in the price of gas will impact the financial restructuring package given out to eight discoms. Although the price is going to be passed on to the end-consumers by the discoms but  experts agree that there would be few takers for gas-based electricity unless a differential pricing scheme is also introduced.

Although Petroluem Minister Veerappa Moily reaffirmed Finance Minister P. Chidambaram’s reassuarance to the power sector to help with the input cost, there is no concrete plan in place. It is still unclear how much help can the power sector expect to help tide over the impact of the gas price hike.

Moily justified the price hike at an award function organised by Petrofed on 28 June by saying that the ministry had to reject proposals to develop 3 tcf (trillion cubic feet) of gas due to low price which made it difficult to commercially exploit the discovered wells.

The hike in price is expected to boost the domestic production and bring down India’s increasing dependence on imports, in line with the Petroleum Ministry’s target for self-sufficiency. The hike, effective from April 2014, will be revised quarterly based on the complex formula suggested by the C. Rangarajan Committee late last year.

“One major hurdle has been removed in the way of the domestic exploration sector and this is going to open doors for investments in the sector. Commercially, the operators are going to be better,” says Deepak Mahurkar, Oil and Gas leader at PwC.