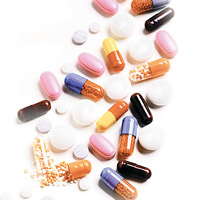 08 November, 2014
Print this article Font size -16+
Clinical trials of drugs in India have seen a drastic fall this year after toughened norms were introduced following Supreme Court directives. Not only have the number of trial approvals in the country reduced, there has also been a significant reduction in the number of sponsoring pharma firms applying for such approvals.

Official Health Ministry data shows that until January 31 this year, only six trials had been approved. Even these pertained to older applications where the Drug Controller General of India had asked the applying firms to make some amendments.

Sources say until April, only around 12 approvals have been granted by the DCGI for trials of drugs in India. Pending applications for trials as of today are just 70. This is in sharp contrast to the past when the number of Global Clinical Trials (GCTs) approved for conduct in India was in hundreds  Though in 2008 the DCGI had granted just 65 approvals for trials, the number in 2009 rose sharply to 391.

Admitting that there has been a drastic fall in fresh applications for conduct of global clinical trials of drugs in the country, DCGI GN Singh told PTI, "The safety and well being of Indian subjects participating in clinical trials is the foremost in our minds.

"This is why the Government has tightened the norms putting the onus of safety of participants on firms conducting the trials. It is for the first time that such norms have been put in place."

As many as 2,262 people died in these trials during the past five years, leading to a public outcry and Supreme Court intervention for stricter norms for holding drug trials. The apex court had rapped the Health Ministry for allowing Indians to be used as "guinea pigs" in the conduct of drug trials.

Also before the new rules were put in place, the average compensation awarded per death was a meagre Rs 2.2 lakh as per Health Ministry data.

The Government recently notified new rules for the conduct of drug trials in India, making it mandatory for investigators and sponsors to address issues of serious adverse events such as death of subjects involved in trials and fixing a formula for grant of adequate compensation in such cases.

Pharma firms, the sources say, have been discouraged to apply for new trials due to recent stringent norms which the Government has notified as a precondition for grant of approvals.

The new rules which came into force this year, for the first time, propose a formula for minimum compensation to be paid by the sponsoring firm in case of serious adverse events such as death or injury of the trial participant.

New rules also require the setting up of independent ethics committees under medical institutes to monitor ongoing drug trials. These committees must now be registered with the DCGI prior before the conduct of clinical drug trials. In the older system, pharma company hosting the trial could set up its own committee and have its own investigators for inquiring into serious adverse events.

Currently pegged at $500 million, India's clinical research market was projected to more than double and cross $one billion mark by 2016 driven by a large and easy-to-access population with much lower cost than in the developed world.