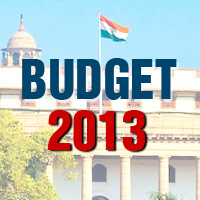 08 November, 2014
Print this article Font size -16+
Praveen Bhadada, Director-Market Expansion, Zinnov
Thumbs up for Startups: The Union budget 2013 is indeed quite promising on a number of things. It’s good to notice that the government has finally realized the importance of Technology Incubators, and linking this to the CSR budget is a welcome move. We surely foresee this to improve the positioning of India as a start-up nation.

Initiatives for Small Businesses and Innovation: It is also good to see government’s focus on Innovation. Setting up a Rs 200 cr. fund for fuelling local innovations is great news that will encourage the Innovation ecosystem in the country. Additionally, the budget also brings in lot of positive initiatives for the important MSME sector with announcements on listing on MSME exchange (without IPO), non-tax benefits and no tax for MSMEs that move to large enterprise class. These are significant incentives for MSMEs to invest in growth and become globally competitive. With this, a special focus on education, workforce skills, healthcare and infrastructure will improve the business environment of these industries and accordingly present huge opportunities for IT companies going forward. In addition, the incentives for the semiconductor industry, including zero customs duty on plants and machineries, will provide the necessary boost for growth.

Clarity needed for Tax on R&D firms: The grave issues of clarity on tax for R&D & IT companies in India, and lack of specific focus on domestic & exports market for IT companies still remain untouched. Along with increased cost of mobile phones and heavier import duties on Set-Top-Boxes, this has brought in some disappointment to the industry. It would have been good to see clear directions on making India a global business-friendly economy.

P. Venkatesh, Director - Innovation, Maveric Systems
On GAAR, the Finance Minister has struck to his earlier stand of deferring the implementation till April 2016.  The proposal of applying the GAAR in respect of:

Investments made before August 30, 2010, the date of introduction of the Direct Taxes Code (DTC) Bill, will be exempt from the provisions of GAAR, under the revised rule.

However, there is no clarity still on:
1. What are the fundamental rules that we subscribe to - GAAR is in the initial stages with just about 6-7 countries being the subscriber; one needs to examine the spirit and substance of this and agree on the fundamental structure of this.

2. How would we implement this- this is a critical step having a global impact. It needs to follow the tenets of the good practice announced earlier.

A company investing `100 crore or more in plant and machinery during the period 1.4.2013 to 31.3.2015 will be entitled to deduct an investment allowance of 15 percent of the investment. This will be in addition to the current rates of depreciation.

Srinivasan H.R., Vice Chairman & Vision Holder, TAKE Solutions
It is a balanced budget. There are reasonable investment incentives and certain interesting aspects of capital formation for growth. It is an attempt to look at containing fiscal deficit. However, more could have been done to address the TAX GDP ratio.

On Sector: From an IT sector perspective, there is nothing specific to enthuse the sector. There was a hope that something would be done on extension of STPI concessions.

Veerasundar, SVP & Chief Financial Officer, CSS Corp
Budget 2013 could have introduced some significant incentives for the IT industry. While the existing tax rates have been maintained (except for corporate tax surcharge), there is no relief on MAT. The much required clarity regarding the taxability of indirect transfer of interest outside India to encourage  investments and acquisitions is missing. Considering that the IT sector is a major employer of the Indian workforce, the additional 15% depreciation benefit announced for manufacturing industries could have been extended to investments made by ITES industries as well. Tax on buy back of shares may impact genuine transactions.

Samir Bodas, CEO, Icertis
Amidst the constraints of the current economic condition of the nation, the budgetary move for giving special consideration to start-ups and SME’s to promote innovation in the country is welcoming. However, it fails to address some of major concerns of IT industry like no rollback of taxation on software treated as royalty, dual levy of VAT and Service Tax on domestic software sales and transfer pricing norms for the sector.
Tags assigned to this article:
it ipo fii p venkatesh msmes gaar othertop2 zinnov union budget 2013 maveric systems praveen bhadada director-market expansion css corp take solution