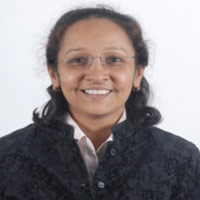 08 November, 2014
Print this article Font size -16+
The Finance Minister has, in his Budget speech, driven home the point that India, at present, does not have a choice between welcoming and spurning foreign investment. Foreign investment, in his words, is an imperative. However, there does not seem enough in the Finance Bill to justify these words especially for foreign institutional investors (FIIs).

The FM has promised steps to reduce redundancies and ambiguities as far as regulatory requirements are concerned.  Simplification of procedures, uniform registration requirements and easing of entry norms are some of the things promised in the near future. But again, this is something that is being talked about since quite long without any major concrete steps in this direction. The FM would have done well to actually announce some key procedural changes to make the FIIs bite the apple. The FM has done well to cash in on the recent interest of FIIs in the Indian debt markets by permitting them to use investment in corporate bonds and G-Secs as collateral to meet margin requirements. This could enhance the debt fund markets. Apart from these, allowing FIIs to participate in exchange traded currency derivative segment to the extent of Indian rupee exposure and clearly distinguishing foreign direct investment (FDI) and FII investment based on investor stakes are positives in this space.

As far as tax measures are concerned, the Finance Bill has been a bit of a disappointment. Not only the bubble that FII's may be made completely tax free as recommended in the Shome Committee report has burst, but the tax burden has actually increased on account of the increase in the rate of surcharge for corporate investors. Even the non corporate FIIs having taxable income of over 1 crore shall be subject to a surcharge of 10 per cent on the tax payable. Further there is a proposal to amend the law to the effect that the Tax Residency Certificate (TRC) in countries is a 'necessary' but not a 'sufficient' condition. This spawned fears among the FII community that a denial to treaty benefits was imminent unless they could submit evidence over and above TRC to the satisfaction of the revenue authorities. However, in response to the concerns the Government issued a press release to clarify that the TRC provided by a non resident will be accepted as a sufficient evidence to avail relief under the tax treaty and that the revenue authorities will not go beyond the TRC to question the residential status of the non- resident.

A little relief has been given on General Anti Avoidance Rules ('GAAR') provisions and the following changes have been incorporated in the Finance Bill:
However, the onus of proving that the main purpose of the arrangement is not to obtain tax benefit has been shifted back to the assessee. Further, the Finance Bill does not incorporate various provisions stated by the FM in this speech in January 2013 such as grandfathering of prior investments and threshold limit for applicability of these provisions. There is also no mention of any of the provisions related to indirect transfers and the retrospective amendments in the entire Finance Bill. A more concrete definition of 'substantial value' to determine whether the capital asset can be deemed to be situated in India was eagerly expected by FIIs. Further clarity on indirect transfer provisions was also expected. However, these issues have not been addressed at all in the Finance Bill.

Further, though the FIIs are proposed to be allowed to trade in currency derivatives, the tax treatment of gain or loss from currency derivatives and set-off of loss from such activity against other gains earned by FIIs has not been dealt with and certain ambiguity in that respect shall prevail.

The only silver lining in tax proposals are concessional rate of withholding tax at 5 per cent for rupee denominated infrastructure bonds and the following rate cuts in securities transaction tax:

However, the fact remains that FII investment in these securities is comparatively low and whether these translate into significant increase in FII investments is to be seen.

"Doing business in India must be seen as easy, friendly and mutually beneficial" said Mr. Chidambaram in his Budget speech. The Finance Bill, on its own, does not strongly send out this message to the FIIs.