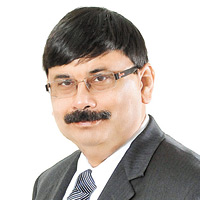 08 November, 2014
Print this article Font size -16+
With the general elections less than six months away, the political pronouncements from the country’s prominent parties are depressing, to say the least. The Congress, which has led the UPA government for two full terms now, has given no sign that it even knows what steps are required to get back economic growth. At any rate, it is hard to believe that it can do better on the inflation and GDP growth fronts than it has done in the past couple of years. Or, that it can usher in the next round of reforms and pass crucial Bills, given that it has not managed to do much about them in the last nine years.
Meanwhile, the BJP and its prime ministerial candidate Narendra Modi have harped on the Congress and UPA failures, but they have not actually said much about their priorities on the economic front. And, while Modi has a good record of making things easy for industry in his home state of Gujarat, he still hasn’t unveiled his grand vision for India or the Indian economy.
The big state parties — Samajwadi Party, Bahujan Samaj Party, AIADMK, Trinamool Congress and Biju Janata Dal — have never given any indication that they think of the country as a whole, and have focused on just their state’s problems. The Aam Aadmi Party, which made waves with its great showing in the recent Delhi elections, has not spoken about anything that can give even an inkling to its thinking on economics.
If there is any reason to feel optimistic about the economy, it is on account of non-political factors. The good monsoon of the past year has helped cool food inflation. There are signs of a revival in the IT and ITeS sectors, because of an improvement in the US economy, their biggest market. And, finally, the World Bank has forecast that the world economy as a whole will do well this year — and that gives one hope that the Indian economy will also benefit.
Given the state of the economy, where should people invest for robust returns? We spoke to a number of fund managers and equity analysts. We also spoke to a number of real estate experts to understand the best areas in which to buy property. Our special package on investment and savings will give you a good idea about where the experts think you should put your money. Of course, before you invest, you should do your own due diligence. Senior assistant editor Shailesh Menon and senior associate editor Gurbir Singh put together the contents of the special package.