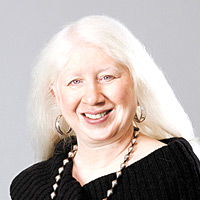 The second critical new thing is the Android player, which is meant to plug in the app gap.  This has been a long-promised addition to the Playbook, getting to the point where there was much scepticism about whether RIM would pull off Android apps on its tablets at all. At the moment, there is an infusion of Android apps, but not a significant amount. It is worth mentioning though that RIM has other interesting and powerful apps in the field of medicine, banking, loyalty and retail and other professional domains.

Reviewers benchmarking the Playbook's performance say it is now faster and smoother, though it still has some bugs. But the one feature that's really nice and that works well is the updated BlackBerry Bridge which lets users make a remote of their BlackBerry smartphones. With this in place you can control the Playbook, even inputting text to it through the phone's keyboard (which after all, has been one of the key reasons users love their BlackBerrys). Potential uses are controlling a presentation or output to TV via the Playbook.

What's Missing
So is the Playbook now on par with other tablets around? I'm going to take refuge in an American cliché by saying the jury is still out on that one. Is it too little too late? Is it enough? Well, you can't be blamed for scratching your head over why there is still no BBM on the updated Playbook. And why you can only video chat with another Playbook. And why Angry Birds only came to the BlackBerry AppWorld recently and it still has no Skype. The top 50 most-used Android apps are, in fact, still not available. Connectivity is via wifi and that is obviously not going to change through a software update, so if you're on the go, you tether with your smartphone or even a portable wi-fi device.

Who Is The Playbook For?
There's no question that owners of the original Playbook should update. It's free and adds immense functionality to your tablet. But what about anyone thinking of buying the Playbook now? The Playbook is, after all, not only a robust piece of hardware, but not as expensive as some at Rs 19,990 for the 64GB model.

If you already have a BlackBerry phone, you're in business, able to do most things that tablets do in both the work and wonderful time-wasting category. However, stop for a moment to think of whether you will want to carry two devices if your smartphone is one of the larger models. Speaking for myself, I am a big-phone-big-tablet person as long as the big phone doesn't exceed 4.5 inches. Each user will find a certain combination suits. Some people are, after all, only keen on carrying a small holdable phone with just enough to call and message. You could also factor in whether your BlackBerry is a company assigned phone or your own and what phone you think you might like to use in the near future.

If you don't own a BackBerry phone, explore other tablets, though not discounting this one if you really like the form factor and the responsive gesture-based way you will interact with the tablet. The Playbook, like the smartphone though, works within the closed BlackBerry ecosystem, so the two devices are best paired.