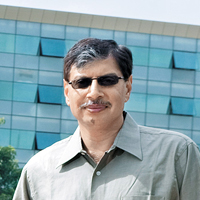 08 November, 2014
Print this article Font size -16+
iGate, a Nasdaq-listed company, has announced the sacking of its President and CEO Phaneesh Murthy following an investigation into his relationship with a subordinate who has accused him of sexual harassment.

Gerhard Watzinger has been nominated as an interim CEO and President of the company. iGate in a press release emphasized that the sacking was not related to any operational or financial performance of the company.

Phaneesh Murthy who has been sacked as the President and CEO of Nasdaq listed iGate Corp admitted to having a relationship with the 31 year old investor relations head of the company Araceli Rioz who has now accused him of sexual harassment.

In an conference call from California, Murthy sounded defiant and said he had not violated any company policy and infact took the lead in informing the board of the relationship after it had ended “a few weeks back.”

Murthy did not clarify for how long was the relationship ongoing and whether it was initially a consensual one but said “it was more than a friendship.” He also said that this was an attempt to extort money and he would not look for an out of court settlement.

Rioz, an US national, according to Murthy has retained the same lawyer and the law firm as Reka Abraomvitch, who had accused him of similar charges at Infosys.

In 2002, Infosys and Phaneesh Murthy parted ways after his executive secretary Reka Maximovitch had accused him of sexual harassment. Infosys had then chosen to settle out of court.

Murthy also said that he had received extensive support from his ex-colleagues at iGate some of whom had offered to resign in his defence. There was no clarity in how much damages has been claimed by Rioz, but Phaneesh said the company has an insurance cover for such eventualities but did not specify the extent of cover

An IIT Madras and IIM Ahmedabad alumni, Phaneesh had helped Infosys grow from $2 million in revenue to $700 million at the time of his departure.